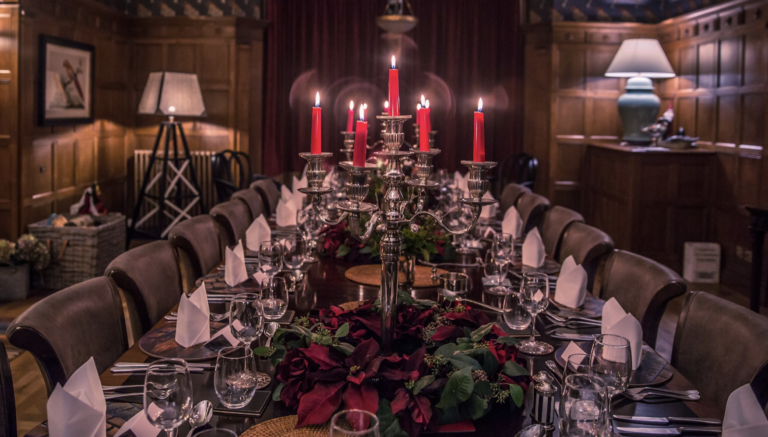 I’m not generally a sentimental person, especially when it comes to material possessions.

Recently, however, we said goodbye to something that had been with our family since the earliest days and I was surprised at the lump in my throat as it was hauled away by its new family.

Several months into our marriage, we decided to upgrade from our tiny hand-me-down table to a full dining room set. We chose a beautiful set from Ikea, which seemed like the newlywed thing to do. We wanted to purchase a piece that when at full size would be large enough to seat what we hoped would be a brood of children in the years to come.

In that moment, as I was expecting our first child, I never could have dreamed that the day would come when we would outgrow a table for ten.

Since the nearest Ikea was in Chicago, we set aside a weekend and road-tripped in my mom’s station wagon to pick up our new furniture. Brendan is an engineer and a planner, so he had called ahead to find out the measurements of the boxes we would be hauling home. He designed in a CAD program the exact placement of each box. (This is no surprise to our readers who know him.)

When we arrived, Ikea admitted they had forgotten to mention several of the boxes that would be included with our purchase, so Brendan’s CAD plans were shot. We barely fit everything into our vehicle and had to drive eight hours home seated at a funny angle.

With a crick in our neck, we unpacked and assembled the table and several chairs, but left some chairs in storage since we didn’t need them all at once. Over time, it became necessary to extend the table to fit our crew and build the matching chairs to seat our babies. Some days, I would stare in wonderment, each eternal soul seated around this table was part of my very self.

Our dining room table was our companion for leftover nights, Minnesota hotdishes, and the messiest spaghetti dinners.

It held paper plates on busy evenings and was dressed in our finest linens and China on Christmas Eve. I’ve scraped off glue from science fair projects gone awry and fancied it with fresh flowers. The table heard our family prayers and watched our family grow and change.

A table for ten is rarely enough space for a family of ten.

Inviting guests for dinner was becoming increasingly difficult and I have visions of seating the beginning of a new generation. Brendan crushed my dreams for a new table for twenty and honored my aspirations with a compromise, a table for a roomy fourteen.

As happy as I was when the new dining set arrived, I was equally sad to see our old table go when I thought about all it had witnessed. Satisfyingly, our trusty table now dwells in a cabin up north, which is the right place for retirement in these parts. At least there will still be hotdishes.

2 thoughts on “Table for Ten”