Saint Oliver Plunkett, a Saint for Our Times 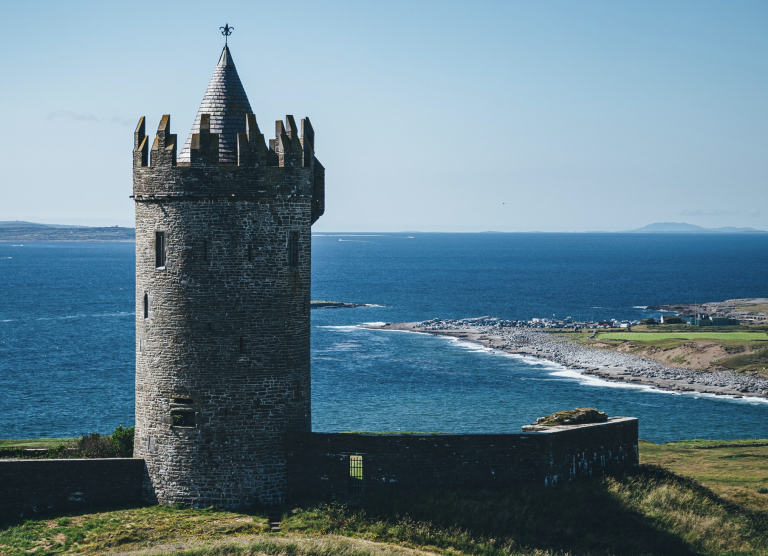 Oliver Plunkett was born on November 6, 1625 in Loughcrew, Old Castle, Ireland. He was tutored as a young boy by his cousin, Father Patrick, and aspired to the priesthood from childhood. Oliver was eventually chosen to attend, along with four others, the Irish College in Rome.

It was illegal for young men to travel to the continent to enter seminaries and the men knew they were embarking on a perilous journey. While at sea, the men discovered they were being followed closely by two English privateer warships. Knowing their fate if the warship caught up to them, they prayed for deliverance, promising to embark on a pilgrimage to Assisi in return for their safe arrival in Rome. Shortly after their prayer, a tumultuous storm arose which lasted for two days.

When the storm broke, the warships were nowhere to be seen.

The party arrived in Rome in 1647 and Oliver took an oath to return to Ireland after his ordination. An excellent student, he was ordained January 1, 1654. At the time, the dangers to the clergy in Ireland were too great, so Oliver was released from his oath to return. He instead took up higher education and ministered in the Santo Spirito Hospital while he completed his studies. He was dedicated to the works of mercy, especially to the poor and ill. Known for being a great scholar, he became a professor of Theology and Apologetics at Propaganda College.

Pope Clement declared Oliver the bishop of Armagh, Ireland in 1669. His ordination took place on his journey home in Ghent, Belgium at a quiet ceremony on December 1. He returned home in time for Holy Week and Easter with a warm welcome from the Faithful.

Religious persecution was rampant in Ireland when he returned, so Oliver wished to fly under the radar and did so by wearing a disguise.

The most famous charade was his “Captain Brown” disguise, a military uniform with a sword and pistol at his side. He would regularly break into song at the tavern to not give himself away. Eventually, the viceroy in his area changed which brought increasing tolerance of the Church. Oliver was allowed to minister more openly, yet with some caution. Legend says that an ancient oak tree still remains at Ardpatrick wherein Oliver would hide as danger approached.

In 1673, persecution of Catholics returned making his ministry increasingly dangerous.

Bishops were ordered to leave to the continent in exile, but Oliver passionately refused to comply. Along with his oldest friend, Bishop John Brennan, Oliver hid in the hill country of Armagh. Despite his great suffering, he dressed as a layman and traveled the countryside bringing the Sacraments to the Faithful.

Oliver was arrested on December 6, 1679. He was held for six weeks in Dublin Castle on false charges that he was planning an uprising along with 70,000 Catholics. Oliver was known as a peacemaker and could never be convicted in his homeland, so he was sent to London where he spent six months waiting for trial. He was eventually convicted of High Treason for his promotion of the Catholic Faith and was violently hanged, drawn, quartered and beheaded.

Shortly after his martyrdom, a highly regarded Catholic, Elizabeth Sheldon, was successful in retrieving his remains. Most of his body rests at Downside Abbey in England. Saint Oliver Plunkett’s head is on display at Saint Peter’s Catholic Church in Drogheda, Ireland, along with the door of his prison cell.

Saint Oliver Plunkett, Bishop and Martyr, pray for us!

For a stunning collection of lives of holy priests including a brilliant piece on Saint Oliver: Generations of Priests