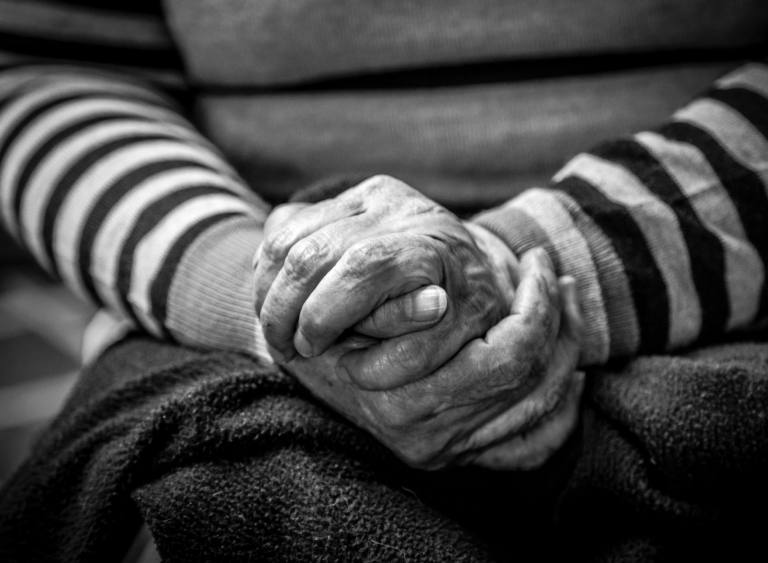 There was a mother who had 7 sons. (I’m a mother of only sons, so this story always piques my interest)

They lived in a time of great polarization and persecution.  Great human indignity. Temptations of every kind.  There was no peace and there was enough blame to go around.

This mother and her 7 sons were caught up in the controversy and ultimately found themselves arrested and brought before their enemy, a foreign Leader.

The 7 brothers with their mother were arrested for their adherence to their faith.  It was out of style.  Their beliefs and practices threatened the new, more intellectual and progressive culture on the rise.  Their observances were not in keeping with the times.

When they wouldn’t bend to the culture, it crashed in around them.

The dominant forces of their day demanded their total rejection of the “old way.”  This family stood in resistance and were brought before the ruling authority to be ridiculed, whipped, and coerced to violate their personal beliefs and religious proscriptions.

But, that is just the start.

After the initial abuse and no sign of budging from the mother and her sons, one of the sons spoke up.  He explained that he and his family preferred death rather than turn their backs on their faith.

The Leader took his cue.

Giant caldrons were heated with oil.  The first son, the one who spoke on behalf of his mother and brothers, was martyred first as an example.  The tongue with which he spoke his defense of faith was cut out of his mouth.  He was scalped in front of his mother.  His hands and feet were cut off in front of his 6 brothers standing by. Then, his all but dead body was thrown into the hot caldron of oil to be fried while his family watched the smoke rise up as an oblation before their very eyes.

The next brother, also scalped and tortured relentlessly called out from under his crown of martyrdom, “You are depriving us of this present life, but the King of the universe will raise us up to live again forever, because we are dying for his laws.”

Each brother, in turn, met his own similar end.

Breathtaking testaments of obedience of faith coupled with the hope of resurrection were met with unspeakable torture and gruesome demise.  As she saw the flesh of her flesh brutally murdered, this mother talked to her sons in their native tongue.  She spoke words of courage, conviction, fortitude, and steadfast faith in a God who loved them into existence and who does not abandon them in suffering.

With the same voice that she once sang them sweet songs to sleep, she called out to them as they closed their eyes at their deaths.

And, then there was one brother left.  The youngest, her baby.

The foreign Leader watched the mother speaking to her sons and cognizant that she had only one son left, he changed his tune.  He decided that the threats and tortures had not worked to turn the 6 older brothers, so he would appeal to this last son with a new tactic.

The Leader promised the boy wealth, honor, security—every good thing this world could offer.  He vowed to call this young man “Friend” in return for the smallest turn away from his faith.  Just a tiny step.  Just a nod.  Such a huge crown for such a small compromise.

The young man resisted.  The boy’s eyes met his mother’s.  The Leader saw it.

The Leader, then, turned to the mother.  He looked at her in her agony.  He peered into her bloodshot eyes and appealed to her mother’s heart.  He lavished upon her enticements of mercy if she would just speak some sense into her son.

Talk to the boy.  This can all be over.  You have already lost so much.  You should not have to endure anymore.  Surely, you see that you have some power here.  You do not deserve this.  Certainly, your child doesn’t deserve this.  What kind of a mother are you?

She agreed.  She knew full well the suffering her son would have to endure at the hand of these oppressors if he did not relent.  She knew that he could choose a way out.  No reasonable person would blame him–or her.  She knew her influence.  She had real power here.  The same influence that had sustained her other sons to their deaths could be used to preserve the life of this last one.  And the world watched with bated breath.

The mother walked the eternity of steps toward her last living child.  She knew how to save her son.

She took her broken and bloodied son’s body into her arms and leaned in close to his attentive ear.

Those nearby heard her and gasped in utter disbelief.  You could even hear shrieks from the pit of hell itself.  The unwavering of this mother.  The obedience of this son. This moment was only a dress rehearsal, but it mattered.

This last son’s death was the worst of all.  Then, at last, the mother joined her sons.

Their crowns of martyrdom became crowns of victory.

Those who the world would not call “Friend” are called to life by the One who offers us all his Divine Friendship.

Of course, this story is devastatingly beautiful for its example of unimaginable virtue and its undeniable Christological implications.  Its epic turns call my heart on to the kind of discipleship and discipling that this world will never understand.

It challenges my affections.  It levels my ambitions.  It forms my conscience.  It clears my perspective.  It prepares me for the inevitable trials and temptations of this life.

It crowns my small everyday obediences, especially when they stand in opposition to my culture, with epic and eternal victory.

Every time this story of the Maccabean mother and her 7 sons is read in the liturgy, I know that the Holy Spirit means it for me.  On one hand, I am the mother of many sons.  On the other, I am a woman in a world that needs the feminine genius to aid men in not falling.  In both hands I have power.

At the publishing of this piece, I have sons who are en route to attend the national March for Life in Washington, D.C.  The culture of death does not look kindly upon this act of faith.  Each step they take in this march, especially as young men, will be maligned.  This is dedicated to them.  Do not be afraid, my sons.