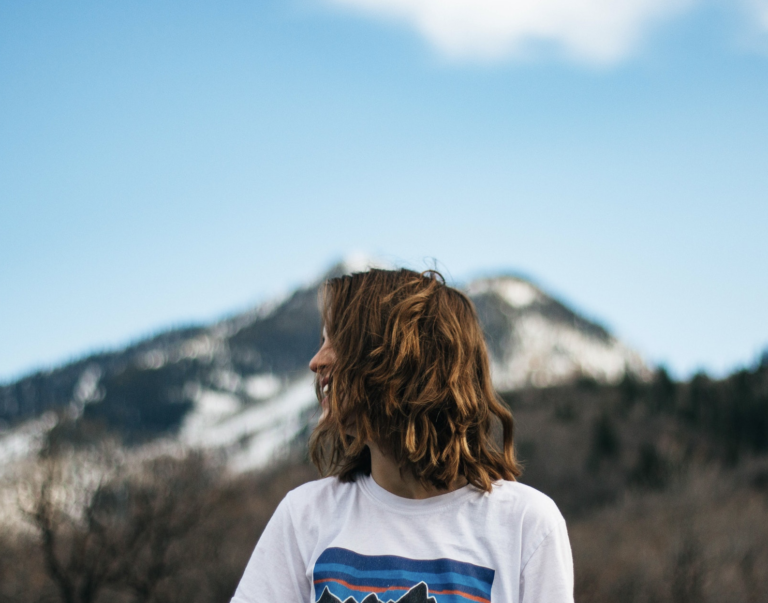 As the eldest sister of 6 kids and, now, a mom of 4 with my eldest just freshly graduated from high school, I have endured enjoyed my fair share of graduation speeches! There is definitely a formula for a good graduation speech.  It is all at once funny, reflective, prospective, and inspiring.

These speeches are meant to propel people in a time of transition into the next thing, whether it be college, graduate school, a career, a gap year. . .

The truth is, I think we’d all benefit from a little graduation speech now and then!  Life, after all, is a series of transitions, isn’t it?  Spiritually, we are supposed to be in a state of constant conversion from the old self into the person God created us to be.  Physically, we are told that we should be realigning, getting stronger—progressing. Our professional lives are marked by intermittent times of upheaval and shifting.  Our relationships are all about growth—or so the acclaimed self-helpers tell us!

I do not fancy myself an expert in any of these areas.

For most of my life, change was a big scary monster that I feared was lurking around every corner with sharp teeth and drippy drool, just waiting to jump out and ruin everything. It had happened before—my dad lost his job; we moved cities; cancer took loved ones; etc.—it was sure to happen again.

The anxiety of an unexpected change was almost more than I could take.

One of the worst things I could think of was a change that was thrust up on me.  I was so attached to my own preferences, projects, programs, plans—the good and the bad—that choosing to let go of the known for the unknown was unthinkable.

I remember crying for weeks at bedtime because my mother redecorated my room for my 13thbirthday—including buying me new sheets!  How could I sleep on sheets that were the wrong color and a little scratchy with their newness? Sure, we had talked about it.  It still rocked my world.  Also, I would not be setting a good example for my own college-bound kid, if I recounted how I drove home almost every weekend my freshman year so that my laundry would smell the same as always.  So I won’t talk about that. . .

Instead, I want to say that I’m learning to like appreciate change.

I have learned that change is important and good.  We have had some pretty massive changes in our lives over the past couple of years and I have come to see that they are the tiny ways in which God prepares us for heaven—the biggest graduation of them all!

He wants us to be able to release our tight grip on the things we think are good for us, so that we can receive with open hands the things that He knows are the best for us.

There is such unexpected beauty in the letting go.

A few years ago, I went ziplining back and forth across the gorges and mountain tops of the Rocky Mountains with some girlfriends.  I am not naturally a thrill seeker, but for some reason (wine—wine was the reason) I agreed the night before to join the thrill-seeking portion of the group in their next day excursion.

Towards the end of our zipping, we arrived at the part of the insanity fun that was a sheer cliff face.  Instead of zipping across a beautiful ravine, we were supposed to base jump straight down in order to get to the next platform.  We were supposed to jump off of a cliff!  One at a time.  By choice. Nobody was going push us.  The change from the top of the cliff to the bottom was entirely something to be embraced and exercised by our own free will.

We had been moving from peak to peak on the zipline, able to see the glorious canyons and rivers below with their promise of spectacular views.  We had been able to see our friends jump from the platform on which we all stood and safely land at the one on the other side.  But, the base jump was different.  We couldn’t see the promise at the bottom when deciding to jump from the top.

It was a spiritual experience.  It served as a test of our courage and our willingness to try something new and unknown.

I cannot tell you how seriously I thought about hiking myself back to the transport truck.  The prospect of outrunning a rattle snake seemed a safer bet.  The list of worst case scenarios that flashed through my mind was almost debilitating.  I cannot tell you the agony of those moments considering whether I had what it took to make that jump!

I can tell you the jump was worth it.

The views were better. The applause of those who had gone before me meant more.  The step (ahem. . .jump) closer to the goal was sweeter than any of the others before it. And the exhilaration of knowing that I did something hard and lived (contrary to all my fearful certainty of the opposite) was fuel for my soul in a way I had not expected.

It was such a little jump, in the grand scheme of life, but it’s one that I think about when the big ones present themselves.  Sometimes the hardest jumps do give you the best views.

We at Bellator Society want to congratulate all the graduates–and everyone stepping out and jumping into a new life of Adulting.  We know it’s hard and we are proud of you.