The Apotheosis of St. Louis 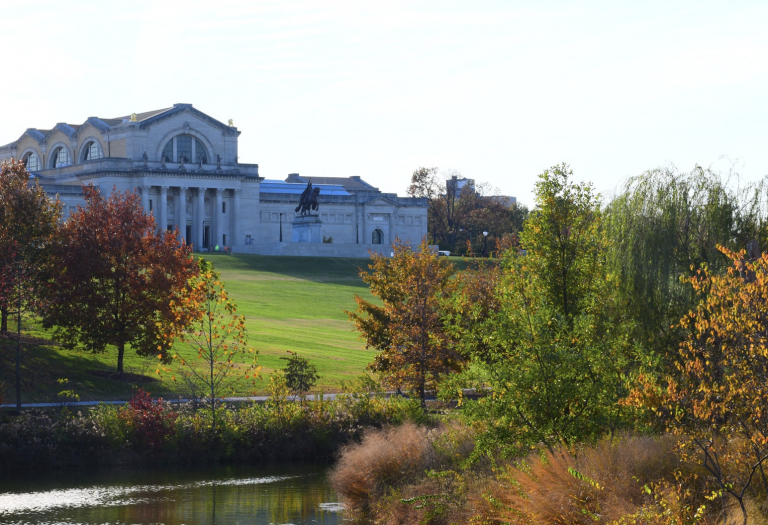 In the Forest Park neighborhood of St. Louis, MO there has long stood a statue named The Apotheosis of St. Louis.

The word Apotheosis is derived from Greek, and it means something like “Divinization” or “Deification.”  As part of the Eastern tradition from which it comes, it has close ties to the theological concept of being made like God and, through sanctification, becoming ever more like Him.

This concept is found in Scripture:

“. . .he has bestowed on us the precious and very great promises, so that through them you may come to share in the divine nature, after escaping from the corruption that is in the world because of evil desire.” (2 Peter 1:4)

As St. Peter describes, we are meant to progress in this life and become more holy, more like God, and thus ultimately experience Apotheosis.  We are not God, of course.  We cannot ever hope to be Him.  But, the closer we get to Him, the more like Him we become.  That is the goal and hope for the Christian—even the most sinful among us.

Apotheosis is also a term that refers to a genre of art depicting figures at the pinnacle of their lives.  This type of art can be in the form of grand memorials representing a person’s contribution to society or a particular culture.  This artful Apotheosis is not an absolution from sin or controversy, but rather it is an emphasized exhibition of a person or an event.

The statue of St. Louis has been the subject of much controversy, as part of a shift in social sensibilities regarding the public display and appreciation of certain statues and monuments.

The critiques range from ones regarding St. Louis’ personal Apotheosis to ones about whether any artful display of a controversial figure is fit for public spaces.

Although it is an outstanding piece of historical art that has stood for over 100 years in the city of St. Louis, MO, The Apotheosis of St. Louis is not appreciated by some people.  They would like it removed.

The prominence of this statue is criticized by those who rightly observe that St. Louis, or King Louis IX of France, did not achieve certain Apotheosis in this life.  As a Christian medieval king, he was remarkable for his reported deep faith and preference for the poor in his kingdom, but he was also a man reportedly still affected, as St. Peter put it, “by the corruption that is in the world.”

Historical reports of his character and conduct offer depictions that range from flattering (his extraordinary care for the poor, interest in justice, and his clear devotion to the faith) to controversial (his persecution of Jews and leadership of the 7th and 8th Crusades in the Holy Land).

Taken as a whole, he was a complex man who was influential in his era.  He was also influenced by his era.  In truth, this is the usually the kind of person of whom we erect statues from any era.

Though we have a multitude of statuary in the Apotheosis genre, Apotheosis for a human being is a hard (nary impossible!) standard for any man or woman—ancient or contemporary.

Each of our lives, saints included, is marked by a spectrum of good, noble, virtuous, kind, earnest, zealous, flawed, sinful, ignorant, self-interested, or even uninterested qualities.  The issue of the removal of the St. Louis statue, in addition to the statues of many others, is not an easy one to navigate in today’s turbulent waters.  We have real difficulty balancing the contribution of any individual with his or her sin, and we are becoming virtually intolerant of anything less than Apotheosis.

We expect our historical figures, especially if they are memorialized in stone or metal, truly to have achieved Apotheosis without the messiness of also having been human.  And we expect our history to neatly fit into our contemporary sensibilities.

That is a shame.  We are in the midst of a new effort try to sanitize or repair those messy, ugly parts of our shared history by tearing down statues of messy and even sometimes ugly people which were erected by messy and sometimes ugly people.  We seem to forget our own mess and ugliness, and deem ourselves, as modernity always tends to do, the best of judges.  There is a movement proposing subtraction instead of the progress of addition.  In doing so, are we avoiding the hard work of correcting our course through intellectual honesty and a real consideration of historical figures and circumstances?

Do we prefer empty pedestals over pedagogy?

Rather than throwing stones at stone figures, I would hope that we have the capacity to use those same stones to build more statues.  Let’s tell more stories.  Let’s communicate our common history with more color.  More flesh.  Let’s balance the book of history with more, not less.  I am hopeful that, in time, we can create a culture that has the stamina, beyond political movements, to recognize the reality of saints and sinners among us.  A history told without both is a lie.

2 thoughts on “The Apotheosis of St. Louis”