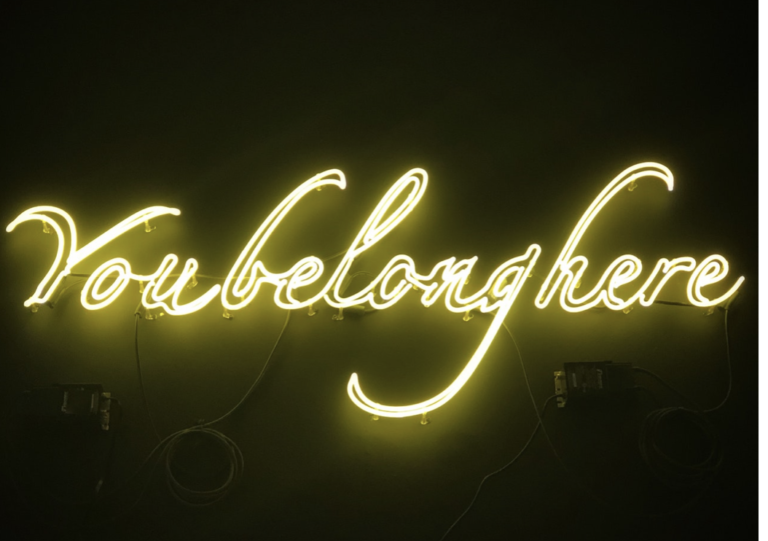 We all have a need and desire to belong. Belonging to a group, a family, or a community gives us a sense of contentment, peace, and security. In very early times, belonging to a group meant survival. As an individual, it was difficult to protect yourself and hunt for food or for a water source.

Sometimes I feel like I don’t belong – whether it’s in a family setting, work setting, church group, social function, or school or sport activity with parents of my children’s friends. I yearn to be a part of “the group” and to have that feeling of awkwardness vanish in the presence of people whom I know and sometimes don’t know.

This is the time when I pray to St. Matthias.

I think about him a lot in these situations. St. Matthias was the person who took the place of Jesus’ known betrayer, Judas of Iscariot, as one of the twelve apostles. St. Matthias’ appointment was unique as he was not initially chosen by Jesus to be one of the chosen twelve. What did that feel like? Was he hurt by that?

Scripture states in the Acts of the Apostles 1:26 that lots were cast between St. Matthias and St. Joseph Barsabbas. Did St. Matthias feel awkward when the ballots came in and his name was announced to join an elite group of chosen followers of Christ? Did the eleven accept him, fill him in on how to evangelize, and how to proclaim God’s word? Did they tell him what to do when a miracle was needed or what to do when he was afraid or uncertain of his surroundings or purpose?

I don’t know exactly how St. Matthias felt, but I would think he probably had that awkward feeling we all are familiar with when we sense we don’t belong.

I believe he knows first hand of the uneasiness and awkwardness of wanting so badly to fit in and become a part of something that provides security, identity, peace, contentment, belonging, and love. Regardless of whether he felt he belonged to the elite and chosen twelve, I feel like he knew he belonged to Christ and His church, and that feeling of acceptance and love surpassed any doubt and fear he may have had.

The Catholic Church has recognized this and has memorialized his belonging by having his name included in the Eucharistic prayer during the Consecration. I thank God for the example of St. Matthias and his courage and trust in accepting the appointed replacement position of the twelfth apostle. And I also thank God for His unfathomable love and acceptance of me because to Him…I belong.

This blog was originally published on Bellator Society here. . .but, it’s too good not to share again on the Feast of St. Matthias!  St. Matthias, pray for us.