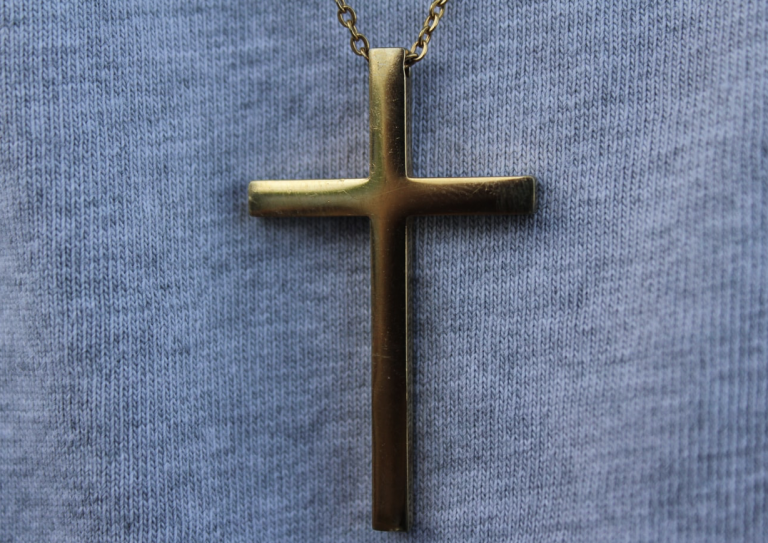 Do you ever find that you’re inundated with the same message over and over again? Like, in the third grade, when a new spelling word was introduced and you’d see that new word everywhere?

The explanation seems to be that once we are introduced to a new concept that is interesting to us, our brains try to pick up on a pattern, even though one may not be there, and we continue looking because of confirmation bias. But what if that phenomenon isn’t just “fake news?”

The idea of crosses isn’t a new concept to me. But lately, I’ve picked up on a pattern that seems very real to me. Carrying our crosses. I haven’t been carrying mine very well. Unless whining, stomping feet, crying, and turning my head away from them is the epitome of “very well.” No? You sure? Because I’ve been doing those things VERY well, so… partial credit? Still no?

Yeah, I know. I do. And I try to count my blessings. Walking into the kitchen this morning and seeing alllllll the dishes and food left out AFTER I went to bed last night, my first thought was, “One day I know I will miss the wake of the teens. But, Lord have mercy on my soul, I kinda want to be at that point now.” Quickly chastising myself, I prayed a Memorare, knowing that I will, indeed, miss those guys when they leave; though, I still seriously doubt I’ll miss their after-midnight messes. Or in last night’s case, post-9PM mess.

Seems each book I’m reading has some message about carrying our crosses well.

As in, stop complaining already, it isn’t pretty. Like, every book, even secular ones. Friends on social media type it out. The topic of conversation among friends seems to also move there, and not by me. Illusion or no, it’s a definite frequency.

Each night we pray the 7 St Brigid prayers. The fifth one, the Carrying of the Cross, is recited:

Eternal Father, through Mary’s unblemished hands and the Divine Heart of Jesus, I offer you the sufferings on the Way of the Cross, especially His Holy wound on His shoulder and its Precious Blood as atonement for my and all of humanity’s rebellion against the Cross, every grumbling against Your Holy Arrangements and all other sins of the tongue, as protection against such sins and for true love of the Cross. Amen.

“Whoever wishes to come after Me must deny himself, take up his cross, and follow me.”

I continue to pray for the cessation of my rebellion against the Cross, and every grumble from my lips. God knows I’m trying, and failing more than succeeding lately, but trying nonetheless.  Perhaps it would also help if I could stop seeing burdens as crosses to bear, and instead viewing them as chances to grow in love to others and faith in general. This is my prayer.