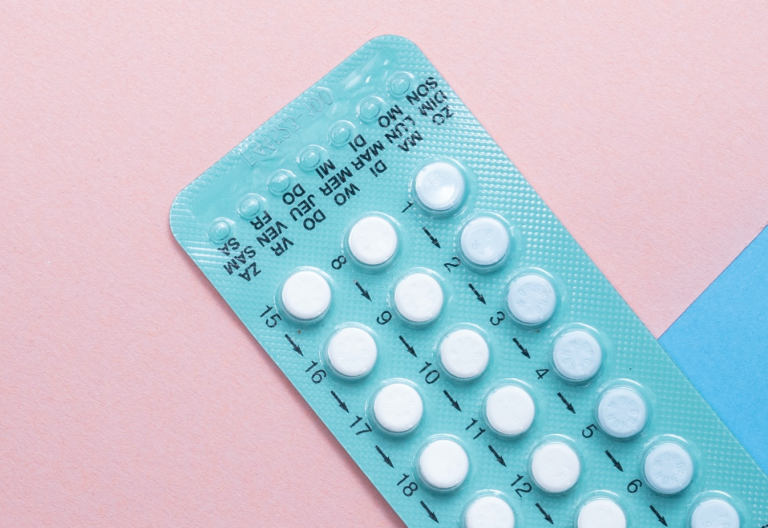 Modern birth control often receives top billing among the most liberating developments in the lives of women.  For those who believe this narrative, birth control advocate and founder of Planned Parenthood Margaret Sanger has been, until very recently, a kind of patron saint.

Part of the Sanger narrative depended upon a scenario in which a woman is forced to bear children in circumstances of lack and destitution.  It presupposed the domination of a man who does not allow her control over her own sexual powers.  It expected her to be incompetent to manage her own fertility apart from the intervention of artificial birth control.  This woman required contraceptives.

Another part of the story also insisted that women needed birth control so that they could enjoy the same sexual felicity and freedom that men enjoy.  To be liberated, women needed to be unbound from their bodies and biology working as the female body was designed to work.

Basically, a woman would not be free until her body behaved like a man’s.

There was no real consideration for progress in the social paradigm so that women, even in unexpected or difficult pregnancies, could achieve both motherhood and socioeconomic success.  No additional pressure for self-control or personal responsibility could be expected for men.

A woman, empowered with the knowledge of her natural fertility, could not be trusted to actually make effective choices for continence in responsible parenthood.  Also, by the way, men were just not made for that kind of absurd self-restraint.  As Margaret Sanger told Ghandi in their 1936 meeting, continence (or periodic abstinence) was not to be “generally advised” because “its practice makes for great nervous and mental disturbances” for men.

Birth control was to be the panacea that both liberated women and excused men.

In her 1914 piece, Suppression, Sanger wrote of the Church’s efforts to resist the rising tide of contraception’s acceptability.  She viewed opposition to contraception as a direct assault on a woman’s freedom.  She wrote:

“Enforced motherhood is the most complete denial of a woman’s right to life and liberty.”

Sanger’s interest in “a woman’s right to life and liberty” remains a popular soundbite today.  Yet, as history continues to show us, any exercise of freedom apart from virtue is certain to expose an ugly underbelly.  Sanger’s case is no different.

[to] “keep the doors of Immigration closed to the entrance of certain aliens whose condition is known to be detrimental to the stamina of the race, such as feeble-minded, idiots, morons, insane, syphilitic, epileptic, criminal, professional prostitutes, and others in this class. . .” [and to] “apply a stern and rigid policy of sterilization and segregation to that grade of population whose progeny is already tainted or whose inheritance is such that objectionable traits may be transmitted to offspring.”

By her own admission, her interests in limiting the propagation of humanity and reducing pregnancy among some women were less about authentic and universal liberty than some people imagined.  But, at least one man imagined it.

Virtually alone in the context of history, the Catholic Church responded to the sexual revolution drum beat for birth control with the voice of Pope St. Paul VI in 1968.

Patronized by figures like Sanger, the social movement toward contraception promised a certain freedom and human flourishing, but the Church anticipated otherwise and produced a different kind of patron saint.

Pope St. Paul VI, with his encyclical letter Humanae Vitae, became a veritable white martyr of our era.  He answered the modern push for birth control with specific predictions of threats to both human liberty and a life of grace, should contraception become the norm.

He imagined that contraception would “lead to conjugal infidelity and the general lowering of morality.”

Neither infidelity nor the deterioration of morality is solely the effect of contraception, to be sure.  Still, reducing the “risk” of pregnancy and virtually eliminating the requirement for sexual self-control certainly has been effective in enslaving men and women to their sexual desires.

Birth control offered the clear way for men (and women) to respond to any and all sexual inclinations by reducing the need for continence in practice or fidelity to a spouse.

With contraceptives, we may indeed be more “free” to act without the undesired consequences of pregnancy and relationship entanglements.  But, for the Christian, freedom to more easily enjoy the forbidden fruits of infidelity and promiscuity does not make us freer in truth.

He also imagined that contraception would cause men to lose respect for women.

A far cry from contraception releasing women from male domination and degradation, he considered:

“a man who grows accustomed to the use of contraceptive methods may forget the reverence due to a woman, and, disregarding her physical and emotional equilibrium, reduce her to being a mere instrument for the satisfaction of his own desires, no longer considering her as his partner whom he should surround with care and affection.”

This is no sentimental appeal.  This is the casting couch in its infancy. This is airplanes of underaged girls delivered to rich and debaucherously demented older men for their pleasure.  This is a diabolical rapist booking abortions for his child victims to hide his crimes.  Contraceptives and abortive drugs are touted by health officials as an essential piece of a market that operates to buy and sell the bodies of young girls and women without regard for their dignity and personhood.  This is how women continually find themselves at the mercy of men and industries who depend on the “protections” that contraceptives and abortions afford them in their evil endeavors.

It is hard to imagine that contraception and abortion are not contributive to the human trafficking that ravages girls and women worldwide.  This is not freedom for women.

Birth control may indeed feel like “freedom” to those who value sexual exploitation as a viable option, but for victims of the sex industry and those in abusive relationships this “freedom” from certain biological consequences does not ensure any true liberation.  It enables their subjugators.

Pope St. Paul VI also anticipated that civil authorities and those with power over others would mechanize contraceptives (and abortion, by logical extension) coercively and without regard for individual liberty and morality.

“Who will prevent public authorities from favoring those contraceptive methods which they consider more effective? Should they regard this as necessary, they may even impose their use on everyone.”

Pray tell, have you heard of China?  What about Western countries and other wealthy entities tying contraception (and in some cases sterilization) to aid for basic human needs?  Just a couple of years ago, Denmark “benevolently” made a pledge of more contraceptive support for African countries.  Under the guise of charity, this offering of contraception was not really to free poor African women from the bondages of unwanted pregnancy so much as it was to free Denmark from the burden of African migrants seeking refuge and a better life.

In our illusionary world of contraceptive “freedom,” forced sterilization camps are a reality.  Guttmacher, the research arm of Planned Parenthood, itself outlines the legion of coercive practices that have plagued and still continue to threaten the freedom of women in a world where contraception is the norm.

The recent Supreme Court case of the Little Sisters of the Poor shed light on the fact that even today statesmen in power want to impose the financial responsibility for their favored birth control on those for whom it is a moral grievance.  The requirement to fund “free” contraceptives for the general population challenged the fundamental religious liberty and conscience protections for Catholics, just as imagined by Pope St. Paul VI.

Back to Margaret Sanger. . .Though her legacy today tends to inculcate the sense that she was interested in women’s liberty, her actual vision for her birth control clinics was more of something out of a dystopian novel.  She envisioned An American Baby Code whereby:

This is the patroness for contraceptive culture.  For Sanger, birth control was never really been about freedom.

Instead of robust education about our bodies and real empowerment to make moral choices for our sexual behaviors, women still today are repeatedly told the only freedom we should expect is essentially bound to hormonal medications, injections, inserted devices, and the directives of those who know better.

For Pope St. Paul VI, this freedom comes from moral virtue, respect for human dignity, and the presumption that women are competent to understand and manage our fertility apart from the confines and mandates of a contraceptive culture.

We need more saints among us using their voices to speak the truth of real freedom in knowing and appreciating the gift that is our natural fertility.

4 thoughts on “Birth Control and Freedom”