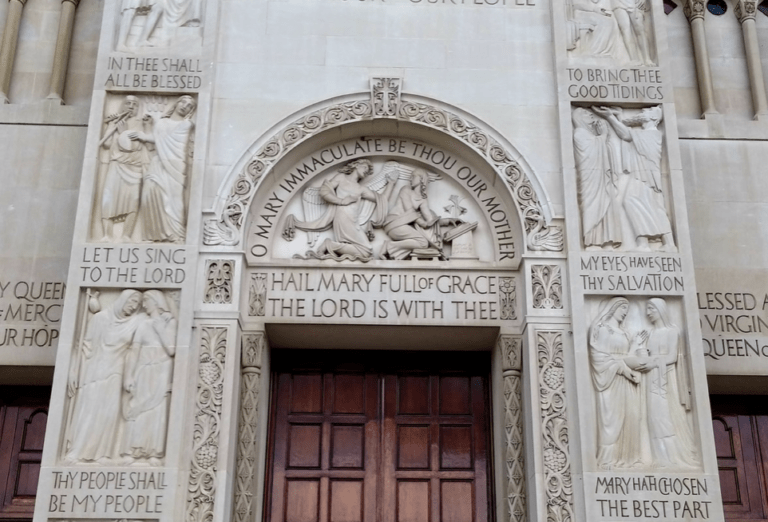 I’ve been blessed to have relatively few relationships which have grieved me in some way.

One particularly painful association took me unawares several years ago, and I had a very difficult time moving on from it. Perhaps that’s because the person who gave me such angst was completely oblivious of it.  Though it’s likely if she had known, she would not have given it much thought. I had to find healing within my own controllable devices, and work through it one-sided. Okay, maybe not so single-handedly.

This struggle seemed irresoluble on my own, until I was reminded of a novena that I’d prayed long ago at the behest of a dear cousin of mine (for an entirely different reason.)

Our Lady, Undoer of Knots.

I’d signed up for PrayMoreNovenas.com at that time, and since then these novenas appear in my email inbox, without judgement of my participation or lack thereof. Impeccable timing on this one, certainly, as the novena began for me with an email reminder. A God-incidence, some would say. I petitioned that my own knots in relation to this acquaintance be healed, if not severed completely, and I looked forward to healing gold at the end of the novena rainbow.

Spoiler alert: It didn’t exactly heal within those nine days of prayer; the foundation began to fix, but the scars would leave tissue not as yielding as they’d been before, maybe deeper than I’d realized. Enough remediation occurred that I saw the beauty of continuing to pray, for my own healing as well as whatever it was that she needed healing from in order to stop affecting hurt on others.

In spontaneous prayer, the words came awkwardly at first, like a stutter, unfamiliar and with painful hesitation.

But as I practiced more, my words flowed more easily and with less agitation and more familiarity. My restlessness began to wane, and eventually a peacefulness would fill me in my thoughts about her, and even in her presence. I still pray for her when she comes to mind, and I like to think it’s helped her in some way as well.

Like the best of mothers, the Blessed Mother wants our knots undone.  Her Immaculate Heart wants what is best for our hearts.

As children, we bring our wounds, our “knots,” to our mothers to be made better.  Good mothers kiss the hurts, undo the knots, and soothe our little souls.  Upon his Cross, Jesus gave to us his own mother to do these very things in our lives.