My Adam to Your Eve 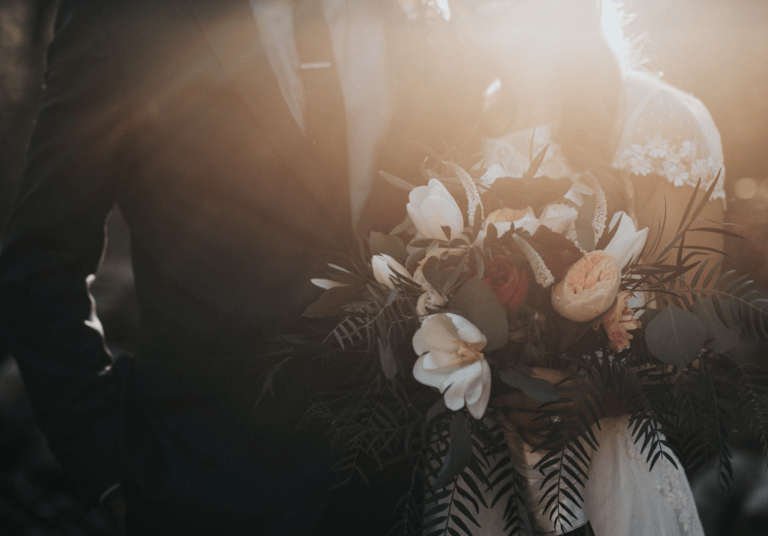 This piece is the first in a month long Bellator Society series that we are calling: “Male and Female He Created Them.”

My parents had a sign in their bathroom that read “Marriages are made in Heaven, but so are thunder and lightning.”

Even those who have never been married know it is full of struggles. Indeed, the struggles to remain faithfully married are super-human. I’ve always suspected this is one of the reasons God elevated the relatively common occurrence of marrying someone to the glory of a sacrament. He knows it takes more than we have, and He wants to supply that grace beyond nature, the true “supernatural” element of marriage.

The sacrament of marriage, as we all know, doesn’t include a simple and single infusion of grace on our wedding day, but rather a partner who is also a minister of God’s grace to us, polishing rough edges, soothing the cracks that pop up in our lives, and both enjoying us and being enjoyed in holy ways. As a sacrament, Christian marriage not only appeals to famous Gospel events, like the sign Jesus performs at the Wedding in Cana (Jn 2:1-11), but also Old Testament events from the very beginning, like the creation of Adam and Eve Gen 1 & 2). These Scriptural bookends remind us that when we love our spouse, we love on behalf of the whole world and on behalf of God.

There are two accounts of the creation of man and woman in Genesis. Only one of them gives proper names to the man and the woman.

The account that begins with Genesis 2:4 reveals “Adam” as the name of the man and “Eve” as the name of the woman, whereas the account that begins with Genesis 1:1 and proceeds through the seven days only calls the first humans “male and female.” The stories have very important details that should remain separate, but in popular imagination and even in a great deal of theological reflection it is helpful to elide them together.

Both use different techniques to show how much God values human life and human sexuality.

At the end of the 6th day of Creation (Gen 1:24-31) when God “created man in his image” He created them “male and female.” The first chapter of Genesis finds it impossible to imagine humanity without masculinity and femininity. It finds it impossible to think of a solitary human, either male or female, without the other.

The second chapter of Genesis sets up a situation in which we try to imagine a single human being. It presents a “thought experiment.” Imagine if we were to attempt life simply as the “adam.” (I use the awkward wording here “the ‘adam’” because it’s not clear to me that this adam early in the story is masculine and because ‘adam’ is obviously a pun in the Hebrew on the person’s creation from dirt. I sometimes imagine some kind of clay-mation generic doll which is neither male nor female for the adam.)

Imagine a humanity alone and devoid of sexuality. We quickly find exactly what God stated, “It is not good…to be alone.” (Gen 2:18)

In this thought experiment, God sets out to create a “suitable partner,” and he offers all the living creatures to the adam, but none prove to be a suitable partner. The thought experiment ends after God has allowed the adam to prove to himself “it is not good to be alone.” Genesis 2 invites us to consider the implications of an unfertile, solitary humanity, and argues that such a thought experiment fails. God casts that deep sleep on the adam, splits him in half, and thus arises Eve. Adam can now say, “at last, this one is bone of my bones and flesh of my flesh… [she] shall be called ‘woman.’” (Gen 2:23).

Genesis 2 resolves to the same solution found in Genesis 1: male and female.

Furthermore, the adam can now be Adam to the other’s Eve. Again, Genesis 2 ends similarly to Genesis 1, with precisely one human couple, male and female, as the only humans.

There is an important exclusivity and “aloneness” in the Garden after creation.

In the Garden, Adam must love Eve completely, for she is the only woman he can love. But he must also love her completely because he is the only man who can love her. There is a radical particularity here. Adam has only one object of love, and he is the only flesh and blood subject alive to love her. Only Adam can love Eve in this way. And, of course, only Eve can love Adam in the reciprocal way.

This is a fundamental pattern in Christian marriage.

In Christian marriage, moreover, we do not love simply in the name of all creation, as in the Garden, but we also love in the name of God, as at Cana. Jesus clearly unites the hour of the wedding at Cana with the hour of his glory on the Cross. On the Cross he establishes the Kingdom against which the gates of Hell will not prevail. Christian marriage involves not only loving with the heights of human love, but also with divine love.

If Adam looks around the Garden and thinks to himself, “man, none of these other plants and animals can love Eve completely in the way of a suitable partner, I’d better get to it,” the new Adam looks at the new Eve and thinks, “right, so nothing else in the created order can love her like I can, but I can also love her beyond the created order.” One of the special dignities we are given in baptism is the indwelling of the Holy Spirit.

Baptism conforms us to Christ as adopted sons and daughters of God.

I must be the new Adam to her new Eve!

1 thought on “My Adam to Your Eve”