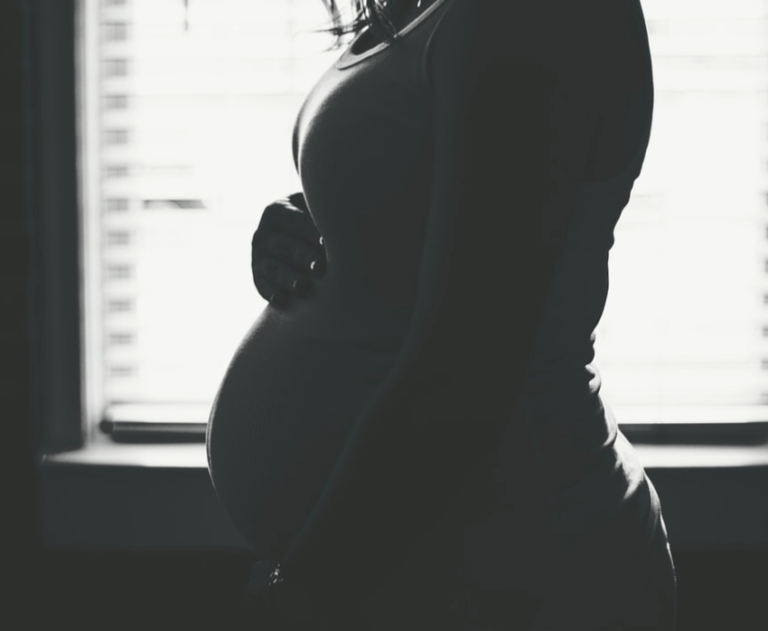 We celebrate and honor Motherhood and we acknowledge the real grief of those women who mourn the children lost in the womb, by any means.  We pray for all mothers.

In what seems like an eternity ago, surely in another lifetime, I was living in another state, in another world. I’d been married two years, working as a nurse in Houston, which is about 400 miles from my hometown, and my husband and I worked separate shifts – his days, mine nights. We would often pass each other on the same large highway, me returning home to sleep, him going to work; or vice versa. It was a bit of a lonely time for us both, as we navigated our day to day mostly without each other, and we marveled when we found friends with similar circumstances and schedules.

About a month after we moved into our first house, we found out we were expecting.

Now, I’d been told long before that conception would likely be an arduous process, and to expect problems. We were surprised, then, but delighted. We told all our friends and relatives, heard the heartbeat, looked forward to the next phase of married life. And then a few weeks later, as I was talking on the phone with a friend in Baton Rouge, I started bleeding. I remember it vividly. I was in total denial, and I remember asking her if she’d had a similar experience. She hadn’t.

The next several days to weeks I remember in snapshots.

The doctor’s office, the nurse asking if the bleeding was bad enough that I couldn’t wait for the doctor in a gown only. I couldn’t. The doctor telling me there was no heartbeat. It was so cold in the room. The elevator ride down to my own unit to tell my manager I wouldn’t be going in to work, and barely getting out the word “miscarriage” before I couldn’t speak anymore, and tears tumbled. Sitting on the kitchen floor, crying, paralyzed. Calling the on-call physician at some point because the cramps were so painful I wasn’t sure if I should worry.

“Honey,” he said, “There’s nothing to be scared of. You’re having a miscarriage, not dying.”

I don’t remember his name, but I’ll never forget his voice or his dismissive and condescending tone.

Weeks later when I felt up to it, a few of us had gathered at a friend’s apartment. Trying to pull me out of the funk, this friend told me that she didn’t understand how these things happen, but it seemed to be happening to so many of her friends lately.

When I questioned further, she said, “Well, there’s you having this miscarriage, but then another friend who just had to have an abortion, so she’s going through the same thing.”

Time stopped for a second while my mind tried to wrap itself around this statement.

I became so angry, and it must have shown on my face. She tried to backtrack, explaining that her friend was in a relationship that her parents wouldn’t approve of because of differences in race and religion, and that her only option was to abort. My retort was quick and pointed. And then I left. I stayed angry about that for a very long time.

But recently, I’ve been reflecting on this vivid memory. I didn’t choose to lose my baby, and I grieved that child deeply. I experienced the physical pain and the pain of sharing the sad news because we’d shared the good news. And I was angry that anyone could suggest that someone who grieved her own, chosen loss, would dare to be compared to my loss, one not chosen by me but exacted upon me. I was a victim of this loss, but that mom had made her baby a victim.

I ignorantly and selfishly stewed, and I was unforgiving of her grief. Now, as I think back, I see how her own grief was absolutely deserving of compassion, not “even though” but because she was the actor; she was also the victim of her own choice.

And she is likely still dealing with the life changing ripples of that decision. So, I’ve started praying for her, and I invite anyone reading this to join me.

I’ve healed from the losses of miscarriages, but many moms are likely out there, still reeling in the grief and despair of the choices they’ve made.

Many have felt they didn’t have a choice, having been victimized by this movement that lies to us about what it means to be a woman and make a choice. So I pray for these women, who made the choice, have regret, grieve the loss, and long to heal. I pray for those who still know not what they do, and the industry which targets these souls. May the truth fall upon receptive ears and end this war on women, and may each affected by these lies be healed and know they too are loved and forgiven.

1 thought on “Miscarriage of Sympathies”