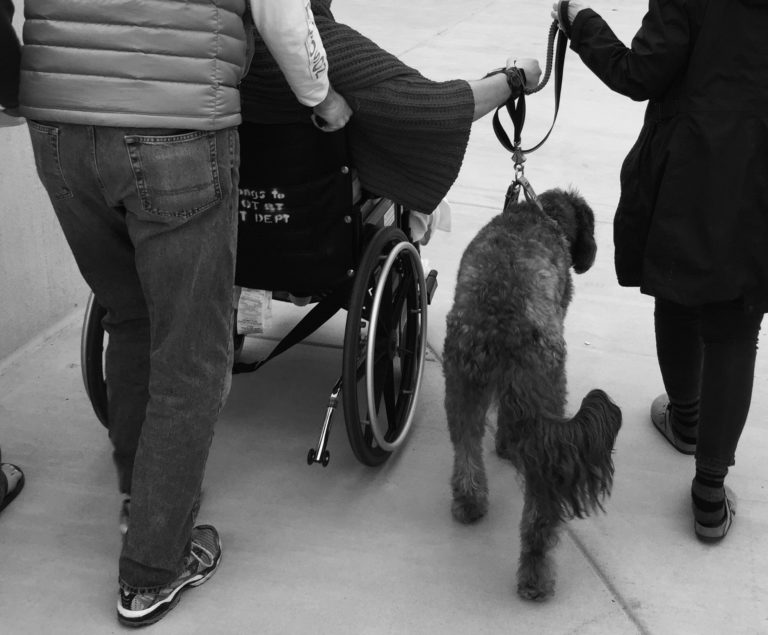 This early into the New Year, we are all still excited about our workouts, organizing projects, and fabulous new healthy lifestyle choices.  So, I’d just like to take a moment as your friendly juice cleanse buzzkill to say:

“Keep death daily before your eyes.”

Now, doesn’t that make us all feel better? It really should.

This wisdom of the spiritual masters, as articulated by St. Benedict in his Rules, comes to me today on the 2nd anniversary of my brother’s death. Paul Christopher Jarod Mader lived 8 of his 30 years with a brain cancer time bomb between his ears and taught me more than anyone else about how to keep death daily before my eyes.

He was and will always be my most unsuspecting evangelist.

He was a private guy, not prone to over-piety or even religious obligation. But, in his last days, he would repeatedly ask for Jesus. “Has Father brought me Communion yet?” was a refrain. It is remarkable how death, so close in one’s sights, can clarify what and Who is important.

He was independent, flying alone monthly to avail himself of trials and therapies at a treatment center hundreds of miles from home. But, in those last days, he allowed us to surround him and serve him in the most childlike and humble ways. I watched my mother feed him and bathe him. My father shave and clothe him. My sister clip his nails and lotion his hands and feet. My brothers carry him and play the chords on his guitar so that he could strum a bit longer.

With death daily before our eyes, we were given an entire education in virtue.

We learned self-forgetful love that counts no cost.  We observed what holy submission truly is.  And we experienced the purest hope which came, curiously, when the miracles we had longed for were replaced with ones we never expected. We cheered for every small victory and consolation in his suffering because it was packed with so much thanksgiving.

One afternoon, just a couple of weeks before he died, we decided to spring him from the hospital (for a field trip). We moved him from his bed to a wheelchair, tucked as many blankets as we could find around him, and wrapped his dog’s leash to his hand.

I smile remembering the ridiculous scene of the the parade of us whizzing past the nurses’ station and front door security of the hospital (they were kind enough to not see us) into the cold winter air outside.

With an IV drip trailing behind us and wet snow piles all around, our hearts were bursting as we pushed him to a coffee shop and through a park. He said he wanted to stand up and walk. We lifted and buttressed him and he put one foot in front of the other to the sound of love that goes in your ears and echoes in your heart like when a baby takes his first step.

I cannot write for you the kind of joy we got to experience with him in the saddest of times. But, I can tell you that it was because death was literally daily before our eyes. And that changes everything. Let it.