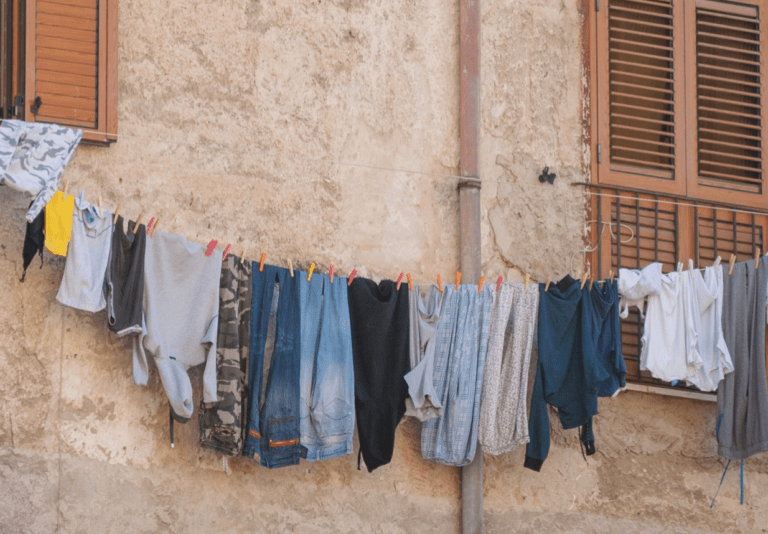 I recently watched a Netflix series called Turn: Washington’s Spies. It’s a fact-based drama about a spy ring, known as The Culper Ring, during the Revolutionary War. As soon as I learned it was based on facts, I had to research a little further, and in doing so learned more about Anna Strong.

She aided the ring by hanging laundry in a code, which notified the other members of the Ring of the presence and location of new messages. She flew under the radar as a woman, just hanging her laundry.

In the Netflix series, she has no children; in real life, she had 9.  And this little bit of information excited me.

In our era which would have women behave more like men in order to reach our potential, I was so glad to hear of a woman who didn’t deny her femininity in order to meet her goals or help her country. This doesn’t mean that all we, as women, are meant to do is procreate and care for children; however, turning our backs on this very important physiology robs us of who we are on a cellular level.

I asked my children what they thought the major differences between genders are, and my 9-year-old son blurted, “Penises!” So, some distinctions are fairly obvious.

Women can bear children and feed them from their bodies. Men cannot. (Thank you, Captain Obvious!) I firmly believe we women should embrace that uniqueness, our ability to nurture and grow a person inside our bodies, then take that gracefulness (okay, it isn’t always graceful) and turn it into absolute strength when we labor and deliver those babies. Uniquely feminine.

When I think of more feminine traits, I think nurturing. Peace-making. Tender. Resilient. Soft-voiced, or just softer in general. When I think of more manly traits, rough, loud, deep-voiced, quicker to act, and formidable come to mind. They need a cause, a purpose, a village to protect.

Of course, these qualities are not gender-specific, and not all men share these traits any more than all women share what I’ve listed; but there does seem to be a gender line, to be sure.

Both of my teenage daughters had the same answer, though for different reasons: Expectations.

Society expects different things from a man or a woman. Examples: If one hears certain job titles, like doctor, engineer, scientist, the mind’s first grab is “he” as a pronoun, not “she.” Likewise, nurses and teachers, are more likely to be automatically assumed to be female. Moreover, if a parent is to stay at home, the expectation is that the mom is the domestic.

Admittedly, we practice that in our home, with me as the stay-at-home, home schooling mom, and my husband the breadwinner.

Most households of their friends are run that way, as well, though we do have friends and family whose fathers stay at home and mothers work outside the home, or whose parents both have careers. Most of these stay-at-home, home schooling moms also hold bachelor’s (or higher) degrees and have worked outside the home before deciding to stay home with the children. Back in the 1770’s, the British didn’t expect a female to be intelligent or brave enough to be a spy, which worked in favor of The Culper Ring and George Washington.

Expectations have changed quite a bit, but have we come to our fruition?

We still have work to do until the general expectation of the female is that she can embrace her femininity while working on perfecting the other gifts God has given to her as well.

Putting people in boxes has never been my “thing.” It’s never all that neat, as we all belong (and rightfully so) in far too many boxes. In the end, God created us just the way we are, and we should embrace that. We should thank Him for that, always, and praise Him by using the gifts He gave us, uniquely ours.