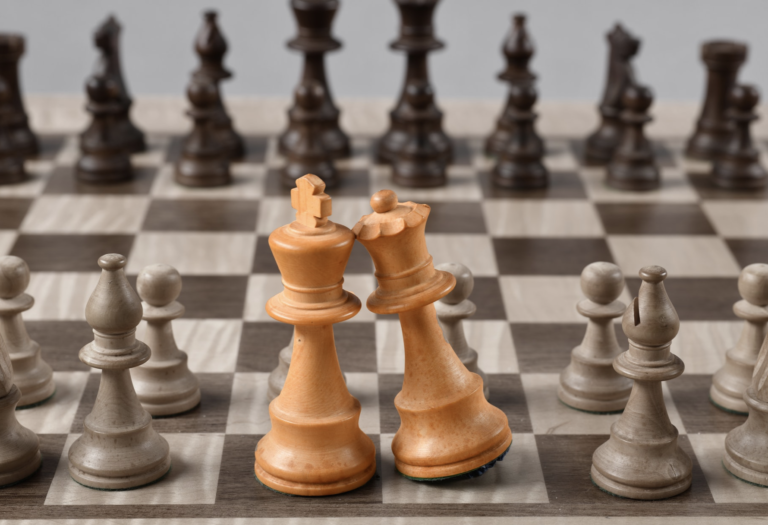 We will be married 20 years on June 19, 2019.  We have known each other since we were 15 years old and have been married almost half of our entire lives to each other.  These numbers astound me for lots of reasons—one of them being that we are both fiercely competitive by nature.

Some matches are made in heaven.  Our match was made for sanctification.

Neither of us is particularly deferential.  We both like to win—a lot.  It’s aaaaaalmost a competition between us to determine who is more strong-willed. . .imagine that ring of purgatory, will you?

There was once a game of “Pick Up Sticks” in the late 90’s which ended so badly that one of us stormed out of the other’s home and neither of us could ever speak of or play the game together again.  Ever. When we sit side by side in Mass, it is an unspoken competition about who arrives at the correct song in the hymnal first.  Who is going to change that poopy diaper, you ask?  Well, that sounds like a good reason for a good old olfactory standoff!  I could go on. . .we have our challenges in this vocation of marriage.

Very early in our relationship God was tending us with such grace that even in spite of our competitive tendencies, He offered us hope in the most fitting ways.

While we were dating, but moving very quickly in the direction of marriage, we realized how wide and deep our competitive streaks ran.

I am a life-long Catholic; my husband is not.  And, naturally, as we discerned together a vocation of marriage, the topic of religion came up.  When we were dating, it was as simple a compromise as “you go to your church service and I’ll to go Mass—let’s meet up for lunch afterwards.”  Win-win!  With the prospect of a family on our minds, however, we realized that this might not be the winning solution either of us envisioned in the long run.

Have I mentioned that we are both competitive?  Would Team Baptist or Team Catholic win?  Which of us knew more Scripture for the sword drill?  Whose virtue was most winsome?  Who would have the skill and endurance to bring the other across the line?  I say this with some amusement now, but back in the day, we weren’t joking.

Our “discussions” were ones for the record books.  And, we were keeping score.

When we would get into it, our debates lasted for hours, only ending so that we could take a “time out” for a day or two to gather up the necessary energy and information to keep it going.  When things got too emotional, we took to writing letters.  We dug in.  Somebody had to win.

This went on for months. . .years, really.  Until our senior year of college.

I had been regularly visiting a wonderful order of holy friars for daily Mass and confession during my university days.  One day, during confession, I was convicted to name my sins in regards to the religion competition.  My pride.  My vanity.  My selfishness.  My agenda.

To this day, I can exactly recall the priest’s wise counsel to me.

He could have encouraged me in my evangelistic conquest.  He didn’t.  He could have absolved me of my sinful ways, but affirmed me in my noble end.  Nope.  Instead, he asked me this question:

“Who do you think Jesus wants to win?”

Gut check. He advised me to stop debating.  Stop trying to convince him of anything other than my love.  Just love.  Jesus would work out the rest of it.

I took it to heart unlike anything I had before.   I can tell you that Jesus made sure that I knew I wasn’t in the lead, especially when He leveled mountains I had tried to bring down for years. The Lord was so kind and merciful in tempering my heart and teaching me to hold my tongue.  He gently showed me some pretty lamentable character flaws that He wanted to work on in me.  And, almost simultaneously He led my husband to a conversion of his own, apart from my efforts and my oversight.

If anything was clear, I wasn’t winning.

As always, Jesus was the Victor.

We were married within the year of that confession.  At our wedding reception my father—indubitably guided by the wisdom of the Holy Spirit—offered us a challenge in lieu of the traditional toast:

“May you spend the rest of your lives together always trying to outdo each other in love.”

Have I mentioned that we are competitive?

1 thought on “Game Still On”