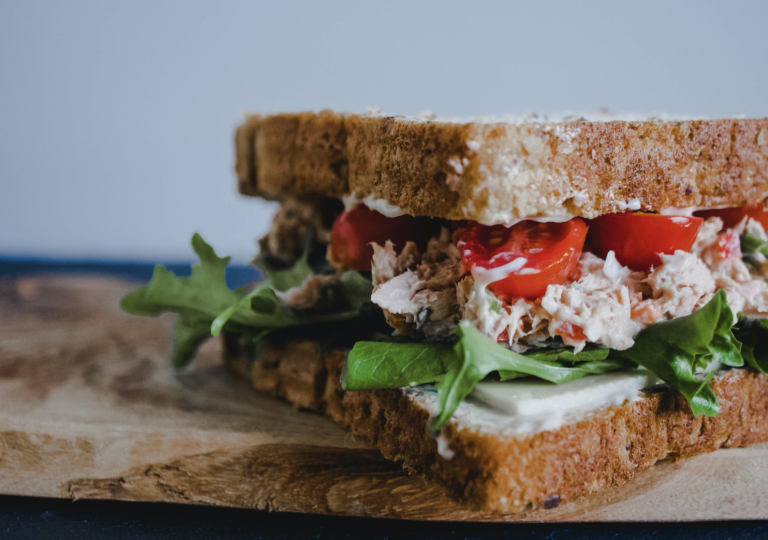 Growing up, we always had meatless meals on Fridays. Every Friday.

Mostly, I remember nachos. Plain, but made in the oven, so the chips were crispy and the sharp cheddar cheese tangy and bubbling. We’d have salsa and sour cream on top, maybe even green onions or shredded lettuce, but I’d watch my parents eat this and share a beer on a Friday night, and it felt like home. As much home as those cold and rainy days, coming home from school, smelling fresh popcorn topped with butter and served with Mom’s homemade hot chocolate. Instant warmth to the core.

Some days, we’d have what we call here in Louisiana “Half and Half,” which is just fried crawfish served alongside crawfish etouffee.

Meatless, yes, but not at all a sacrifice for most of us. The crunchy fried pieces in the same mouthful as a bite of buttery, creamy, salty sauce on rice is something hard to call sacrificial, but not many things around here are a sacrifice to eat on a Louisiana Friday night, unless you are a Cajun anomaly and don’t like seafood. I mean, it happens in the best of families. (cough cough, mine, cough cough)

It’s such a void of sacrifice, priests regularly have to remind us that meatless Fridays are meant for reflection of Jesus’ sacrifice to us, and we aren’t doing ourselves any favors going out to dinner and having a better meal because it has to be meatless.

The struggle can be real.

In Lafayette, we brag more restaurants per capita than New Orleans, Austin, and New York City, and I’d venture to say the quality of these restaurants is top notch, so it can be very difficult to find sacrifice in the way cuisine around here.

That’s why it’s funny to me that one of our favorite meals during Lent is Creamed Tuna on Toast. We probably have tuna salad more often, but this little staple has been just that, a staple, since I was little. And it’s so easy, quick to put together, and high in protein so you can wait until dinner, not going to that snack a few hours later.

Bread to toast (6 pieces per recipe), and butter to spread on it

Melt butter in medium saucepan on medium/low heat. As soon as it’s melted, add flour and whisk until smooth. Whisk in milk until all combined, and whisk frequently to keep bottom from thickening too quickly. When this reaches a thicker consistency, about 5 minutes, remove from heat. Add about 1/8 tsp each Greek Seasoning, black pepper, and salt, and a small dash of ground nutmeg. Drain the two cans of tuna very well and add tuna to sauce, whisking again to break up some of the lumps. Serve ¼ cup sauce over each slice buttered toast. Top with a little more salt. Makes about 6 servings.