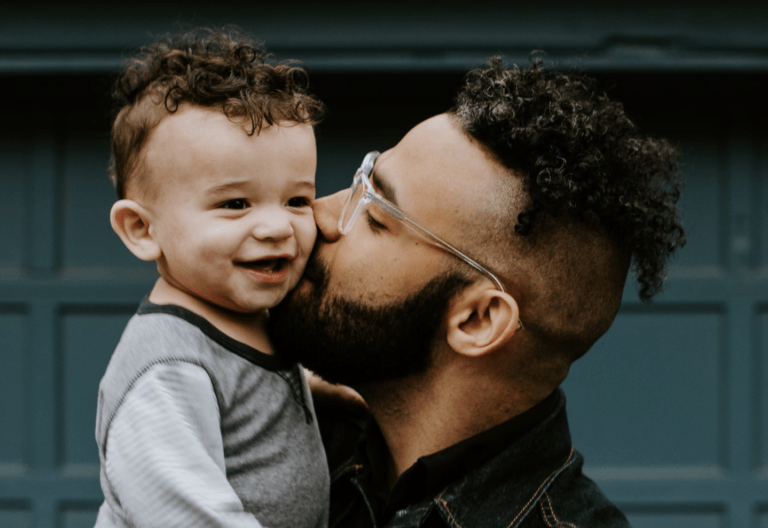 One of the funniest memories I have of my father involves him face planting in the middle of a crowded airport after he made a poor, but hilarious, decision to spin around on a luggage cart.

Despite my dad’s original disapproval to spend cash on such a thing, we talked mom into giving us the money. Then, my younger brother, naturally, wanted to see what else it could do beyond carting luggage. He began to stand on it, and spin around, using it like a skateboard. He looked cool, no doubt, but I still took advantage of the opportunity to tell on him. Confident that my little brother’s idiocy would be quickly and appropriately reprimanded, I tattled promptly and directly to the one who I trusted to handle it best.

“Dad!! Look at what he is doing!” I snitched, my self righteousness beaming.

“Hey!!” he started off strong toward my brother.

“Let me try that!!” my father shouted in foolish exuberance, the turn of events about to take an unexpected, and very literal, twist.

There was nothing I could do to stop the flagrant idiocy.

My dad hopped on that cart and began to spin, and spin, and then spin faster. Those little luggage cart wheels had torque, that airport was crowded, and our stuff was heavy. Before I could even yell out “not related!” the luggage cart, several suitcases, and many of my father’s limbs went flying into the air. Nothing, and, no one braced themselves for the inevitable crash landing we were all about to witness. It was, in the fullness of the phrase’s meaning, a complete and total YARD-SALE.

On Father’s Day, especially, I recognize the privilege of being able to poke fun, and retell childhood tales of witnessed buffoonery with fondness and appreciation.

So many of the lessons I have learned from my father involve the importance of stepping back from my own judgement so as to find the ever present humor of the moment. There is a tremendous amount of transformative power contained in accepting the folly of our failures by learning to look beyond them. For the moment we accept our wounds is also the moment we begin to acknowledge love’s lack of limits to heal them.

I think the topic of fatherhood can be a really difficult one for our culture.

So much of what we communicate about fatherhood continues to come out of wounds that have not yet healed. Even if our dads are our heroes, even if he taught us with authority, if we’ve learned from him the difference between right and wrong, if he was kind and virtuous, good and God fearing, if he did his very best, to a certain extent, we all know the ache of fatherlessness, because no human being is perfect.

So many of us are still trying to pick up the pieces of the wipeout, whether mistakes were fleeting and momentary, or the impetus for permanent absence. Those overwhelming feelings of distance from our dads can lead us to focus too much on the things that measure the debacles.

For instance, according to the U.S. Census Bureau, there is a cited “father-factor,” in nearly all societal ills facing America today including poverty, teen pregnancy, behavioral disorders, abuse, neglect, likelihood of prison, obesity, drugs and alcohol, dropping out of school, and criminal behavior.

It is rather easy to blame problems, then, on the failures of fathers.

Yet, what that statistic does not indicate at face value, is that if absence impacts all of these things, so too does presence, even if imperfect. Thus, for every societal health, for every good decision we have made, for all of our confidence, all of our successes, triumphs, and the ability to rise again from our failures, we all have a father to thank, most likely our own.

The good news on fatherhood does not end there, though. In fact, the news gets even better, and even more empowering.

Because at the heart of Christianity is the promise of the constant love and protection of a flawless Father to whom we all belong, no matter what our Dads did or did not do.

Imagine for a minute the confidence in store for each of us if we can accept the reality of how much our Father loves us, and truly allow that to permeate our being. In order to embrace the power of His presence, we, as the Father’s children, through our wounds and beyond our heartaches, need to learn how to focus ourselves not on judgement, but upon the Dad who never leaves.

Learned awareness of the constancy of our heavenly Father’s love is available to each of us, each and every day.

That is, of course, if we can slow down long enough to see it, and put our guard down long enough to feel it. Be like my dad (but perhaps try to do it more gracefully). Stop spinning, drop the baggage, allow forgiveness to impact more than failure, and dwell in the power of your Father’s presence.

To every dad I have ever known, especially my own, thank you for your presence. What an impact it has made.