Aversion to Reversion: In Advocacy of the New Evangelization 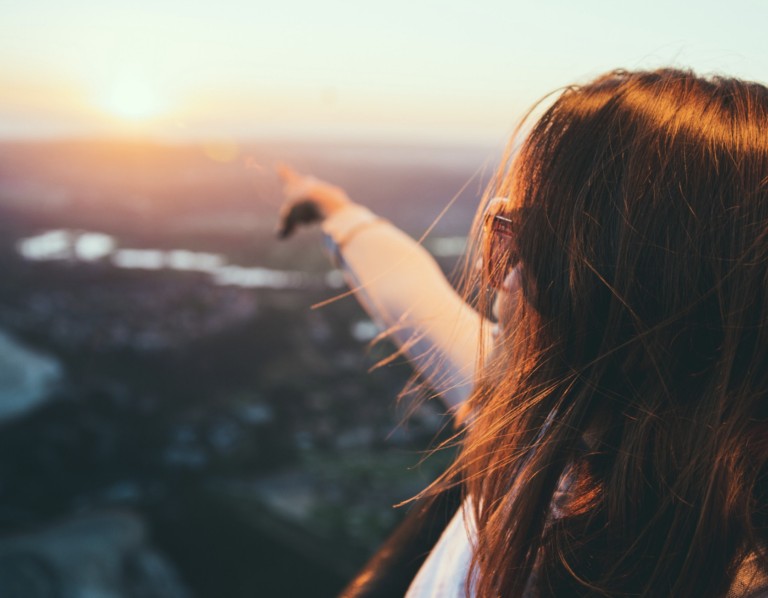 One of the absolute best feelings in the world is that of an epiphany- that “A ha!” moment when things come together in your mind and you feel you’ve stumbled upon a deep revelation.

I experienced that little flash of the lightbulb while reflecting on my own faith experience and that of St. Paul.  Now, our paths are by no means identical…St. Paul persecuted Christians from a position he felt was more deeply religious (he was a Pharisee), and I contradicted Christianity from a purely “enlightened, secular” position.

He was the most prolific writer of the New Testament (with 13 of the 27 books attributed to him) and a powerhouse of conversion among the first generation of Christians, whereas I…well, I’m just hoping this blog post gets a few reads!

BUT, if you ask those who knew me in high school and college if where I am now is something they could have foreseen, not even my closest, most forgiving and tolerant friends would tell you they saw it coming. And likely, if you were to tell those who know me from adulthood what I was really like in those pivotal years, the shock just might overwhelm them.

And what does any of this have to do with anything of importance to you? Stay with me…

In June of 2010, at Vespers, Pope Benedict XVI announced the Pontifical Council for Promoting the New Evangelization. The concept of a new evangelization (a focus on bringing back to the faith those Christians who had been pulled away by an increasingly secular society) was not a new one and was actually broached in St. John Paul II’s encyclical, Redemptoris Missio, in 1990.

Since then, “the New Evangelization” has been a catch phrase in parishes across the United States, if not around the globe.

Now, if you’re like many Catholics, the concept of evangelization brings with it the uncomfortable vision of two-by-two, door-to-door traipsing, pamphlets in hand, at which point we say, “You know, I’m just going to follow the wise words of St. Francis of Assisi”, who is oft quoted as saying,

“Preach the gospel always, and if necessary, use words.”

Well, I figuratively stand before you, saying first, St. Francis never said that, and second, if not for the evangelization efforts of my then fiance/now husband and many other people he placed in my path, I would not be writing this post, and there would not be five amazing souls from our union whom I’m sure will do great things with great faith.

I am what many would call a “cradle Catholic” but I prefer to call myself a “revert.”

The idea was put in my head that I could pick and choose which teachings of the Church to follow, as one makes choices at a buffet restaurant. I thought the Church needed to get with the times, embrace modernity, and lighten up. And I spent a great deal of time trying to convince others who held on to their faith in its intended form that I was correct. I was pro-choice and pro-contraception, and proudly proclaimed myself a “non-practicing Catholic.” I was all career, never wanted to get married, and certainly didn’t want to have children.

And then I met Paul.

(That’s my husband, by the way, not a vision of St. Paul, which you might have thought, given my earlier musings!) And my aversion to Catholicism transformed to reversion over the course of our first few years together. We talked marriage and I wanted a church wedding to meet familial expectations and he refused, deeming a church wedding hypocritical given neither of us practiced the faith.

I insisted on the church wedding, and he acquiesced by way of entering an RCIA class, completing his Sacraments and becoming a practicing Catholic. I followed suit, somewhat grudgingly, by going back to the Mass. I argued my case for contraception and he handed me Janet Smith’s “Contraception: Why Not?” And then it really happened. Perhaps the greatest epiphany I have ever experienced.

“WHY DIDN’T ANYONE EVER TELL ME THIS BEFORE???”

Well, you know what? Someone probably did. Many people probably did at one point or another. But sometimes our ears just take awhile to open. Sometimes the soil needs to be cleared of weeds, tilled, softened, and prepared and sometimes that takes years. And this is why I’m writing now. To beg of you to embrace the New Evangelization.

Reach out to those you know who have left the faith.

Spread the truth with love and kindness to those who’ve turned their backs or feel abandoned. It may be out of the comfort zone of many of us as Catholics, but you just don’t know whom you might affect. I don’t like to think of where I’d be without my Paul and the epiphany he handed me in the form of a CD. And I’m well aware that I’ve got a very long way to go in my own formation. But I do know that those simple acts of evangelization have brought my soul closer to God, and that I have experienced more happiness because of it.

You don’t have to go door-to-door with pamphlets, or CDs, but do take the time to speak the truth of the Church and welcome someone, anyone, who has strayed from the faith. Because you know what? I’ve never heard any other religious affiliated person call themselves “non-practicing” besides Catholics. And I believe that’s because deep down, those of us who have experienced the Sacraments have an indelible mark upon us that makes our souls always yearn to come back. That’s why the New Evangelization is so very important.

Reach out, please. Someone’s soul depends upon it.

2 thoughts on “Aversion to Reversion: In Advocacy of the New Evangelization”