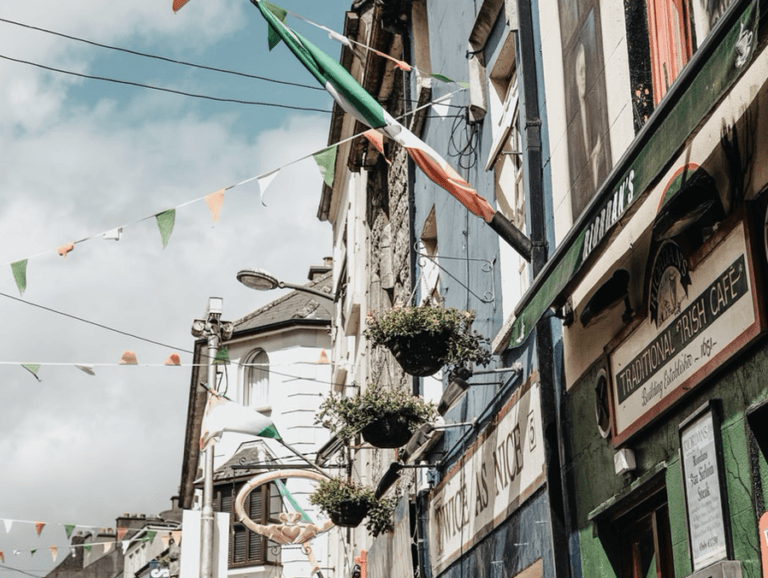 I have a vivid memory from college when I first came across someone who had a contention with a holiday.

My dear, sweet friend viewed Christmas as a pagan holiday that was co-opted by the Christians and twisted to mean something other than it meant originally. That’s one perspective. Another would be that as Christianity spread, converts looked for ways to continue to celebrate old holy days, but with a focus toward their new found beliefs.

My mind always pops back to this memory when I, or others, get frustrated with the co-opting of holidays in modern times. I’ve made a point of referring to “Santa Claus” as “St. Nicolas” and telling my children that Jesus is so awesome, he has one of his saints deliver presents to children on His own birthday! How generous is that?!

And I’m particular about referring to “Valentine’s Day” as “St. Valentine’s Day” so as not to lose the connection to the faith-filled intent of this special day. And on the Saturday before March 17th, as we have for the last two decades, our family celebrates the holy day of one of our very favorite saints (we even named our first-born after him!)- St. Patrick!

Talk about a co-opted holiday!

Whole cities come out enforce to parade in green on this saint’s feast day, often with very little recognition of the saint himself. (I wouldn’t be surprised if there are more than a few children out there who think the Bishop was also a leprechaun!) To be honest, our own family’s party (which is well attended with between 50-100 people each year!) is filled with corned beef and cabbage, Irish nachos and green desserts, good beer and whiskey. In other words, a quintessential Irish celebration.

But for all the non-religious aspects of the party we put on each year, there are enumerable memories of our faith in full view.

From the early years of nursing moms and babes on the couch, to toddlers trying to escape, to last year’s front lawn covered with those once babies, now teenagers! Our celebration is one that pays tribute to an openness to life among our friends and family.

There’s usually a priest, or two, (or three on one year in particular!) that stops by for a full plate and fellowship before or after a vigil Mass. One year, dear friends gave us Celtic crosses from Ireland for each of our children and those still hang over each of their bedroom doors. And one year, a Protestant friend asked us to explain this cultish Stations of the Cross practice he’d heard about from his pastor’s daughter, which we did, to have him thank us and tell us it sounded like a beautiful way to reflect on Christ’s journey to the cross.

I think it may be hard to attempt to keep a holy day in a very pure form, without the infiltration or co-opting that comes from an event’s continued presence in a society that shifts with the ebb and flow of changing cultures, and that’s ok. Those shifts and changes, the added traditions and adjusting participation, are just calls to look back and remember the original intent and opportunities to share our faith and traditions in celebratory and relaxed environments.

And I’d like to think that St. Patrick, the man who willingly chose to return to the land of the captors who enslaved him as a boy, would find merit in melding cultural events for love of our Lord.