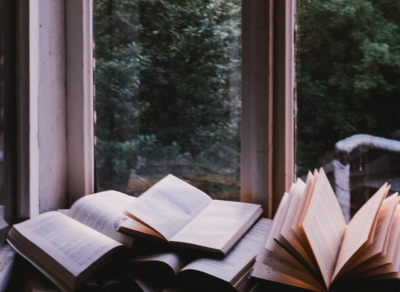 It’s a luxury to admit that I chose my undergraduate degree based upon personal passion alone. I didn’t know what I wanted to “do” when I “grew up,” but I knew one constant in my life had been a love of reading and writing, so I chose English Literature. Although I later trained to be a speech-language pathologist (and although I currently stay at home), I’ve never regretted that major.

My pride and joy are my husband and children. After that: my bookshelves.

I have two bookending my fireplace; one on the left (primarily mine) contains fiction. One on the right (primarily my husband’s) contains nonfiction. The shelves are arranged aesthetically, by color. If I could pull only three books from my shelf, press them into your hands, and impress upon you the need to read them, those books would be:

Haroun and the Sea of Stories (Salman Rushdie)

This wildly special story is about censorship, creativity, and the question: “What’s the point of stories that aren’t even true?” Haroun is a young boy who goes on a quest to restore his father’s ability to tell stories. The context for the book’s creation is captivating in itself. In  1989, Ayatollah Khomeini issued a fatwa against Rushdie for a book he had written; the fatwa permitted any Muslim to kill Rushdie on the spot. Rushdie went into hiding, and during that time, he wrote Haroun for his son, from whom he had to be separated.

I have never encountered a writer as uniquely playful as Rushdie. He masterfully disregards the conventions of language, but not in the manner of a middle school slacker—he does so in the manner of a magician. My no-nonsense husband, who leans toward historical and inspirational stories, genuinely enjoyed this book, stating that it made him think like a child again.

I thought I was decidedly opposed to the Western genre, until I read this novel. Of course, it’s not your stereotypical Western, noisy with gunfire and grumbling men. No, it’s the exquisitely endearing characters that grab your attention and remain in your company for weeks after the story ends. Enger’s writing voice is somehow both lyrical and sharp, his story direct yet dreamlike.

Peace is about a young boy named Reuben Land; he adores his father, whom Reuben calls a miracle-worker, and his teenage brother Davy, a wanted man. It’s a book about loyalty, lawlessness, and the human desire to believe in the unbelievable.

All the Light We Cannot See (Anthony Doerr)

An unforgettable WWII story in poetic prose about a young girl named Marie-Laure, who is losing her eyesight. Her crafty father creates a model of their French town for her to study with her hands, to allow her to find her way around. German occupation forces them to flee to their great uncle’s home. A rare jewel and a radio broadcast eventually entangle the lives of Marie-Laure, a German teenager named Werner, and the greedy Nazy soldier Volkheimer.

Narrowing this list to three was a feat! Fellow bibliophiles: I’d love to hear your must-reads, especially now that we are in the thick of winter, likely cooped up, and eager for novel (pun intended—had to!) experiences. 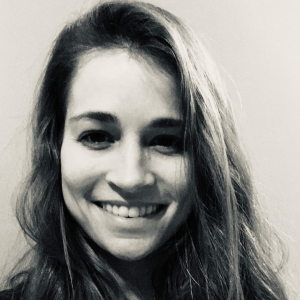 Rachel Barga Simpson lives in Nashville, Tennessee with her husband and four children. She’s taking a break from work as a speech-language pathologist, keeping her mind awake in the meantime by devouring novels and writing whenever possible.