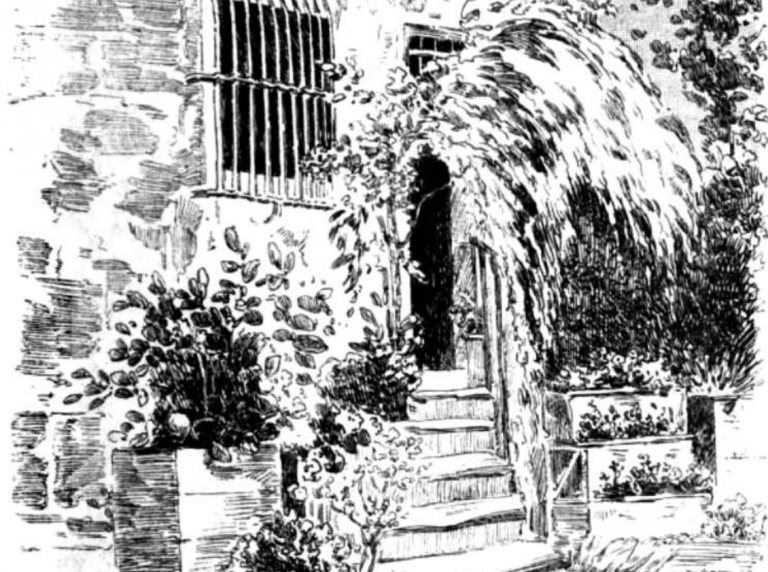 There’s a door in Paris that I want to see.  It’s not the grand door of a cathedral, and it doesn’t lead to a museum, but it has a story to tell.

The simple, nondescript door, flanked by a small staircase on either side, was part of a former Carmelite monastery that served as a make shift prison during the French Revolution.  It was through this door that the 191 Holy September Martyrs passed, stepping down the few steps now known as the Martyrs Staircase, into the frenzied mob that awaited them.

The French Revolution was a complex and volatile time, and it’s hard to comprehend the madness that overtook the people of France, most notably in Paris.

By the fall of 1792, France was completely transformed, roiled in war, with a looming threat of invasion.  The monarchy was overthrown in August, and the Church, once second only to the king in power and influence, was in ruins.  In Paris, non-juror priests, those that refused to take the oath of fidelity to the nation and revolution as outlined in the Civil Constitution of the Clergy, were in prison.  Many thousands of priests and religious would eventually be expelled, sent to French Guyana, executed, or simply left to die on prison ships.

By early September Prussia appeared poised to capture Paris, and the citizens were mobilized to head to the front.  Although historians debate how the massacres started, groups of ordinary citizens broke into various prisons of Paris and executed all potential counter revolutionaries that might aid the invading army.  Members of the nobility and clergy, together with common criminals, men, women, even some children fell victim to a mob armed with swords, clubs and bayonets.

In the former Carmelite monastery, the Carmes prison, the mob set up a trial where priests were again asked to take the oath.  When they refused, they were led out the door and down the stairs into the crowd and their fate. Butchered more than executed, the remains of half of the victims were simply tossed down a well.  The terror at the Carmes was replicated at several locations throughout Paris and in other cities in France.

On the surface the events of the September Massacres reads like a tragic and brutal martyrdom story, sadly not unique in the history of the Church.  But I think the state of the church at the time adds another dimension.  While the Church evoked wealth and influence before the revolution, in truth it was rife with division and scandal.  Many bishops were perceived as caring more for their prestige than for the spiritual needs of their people, and the clergy were often lax and lukewarm.

While the higher clerics were amassing wealth, their parish priests barely had enough to eat.  Living amid the suffering and poverty of the lower classes, many priests welcomed the revolution and the promise of much needed reform.  While only seven bishops took the oath of the Civil Constitution, it is estimated that around fifty percent of the priests did, with the others waiting for instruction from Rome.  With half of the clergy part of a church completely controlled by the state and the other half loyal to Rome, the Church of France was in schism.

I’ve never been able to find a lot of biographical information about the victims, but I think it’s safe to assume that they would be all too familiar with the weaknesses in Church of their day.

Whatever failings they may have had, or what they thought of the health of the Church prior to the revolution, in the end they died as witnesses to the unity of the Church.  I am reminded of Romans 5:7,

“Indeed, only with difficulty does one die for a just person, though perhaps for a good person one might even find courage to die.”

These priests found the courage to die for a church whose failings were easy to see.  But of course, they weren’t dying for a fallible institution but for a simple truth, that the Church and Christ are one.  May the Blessed Martyrs of September always intercede with and for the Church in times of reform, and may they always stand as witnesses to the bond of unity we find with Christ through the Church.