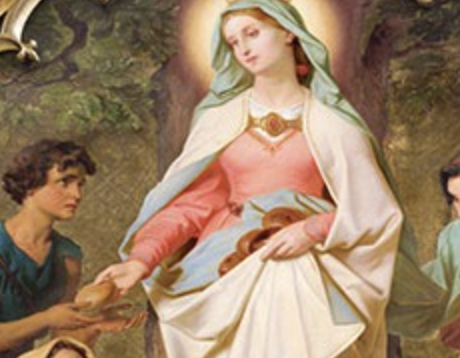 Sometimes I can be a bit unoriginal when I make decisions and I guess that’s what I did for my confirmation saint.

When it came time for us to pick our confirmation saints a few weeks prior to confirmation, despite being unoriginal, I was very quick to pick St. Elizabeth of Hungary. My middle name is Elizabeth, so I was naturally attracted to saints named Elizabeth, especially since there are no St. Dianes (at least officially canonized saints).

Growing up we had a large library of Catholic kids books in our home, especially the St. Joseph picture books.

We brought at least a couple with us to mass to occupy us. Our favorite was the kids missal, though there was usually a fight over who got the St. Joseph picture book missal (looking back, I’m not even quite sure why since we had multiple other kids missals).

I normally also brought a book on saints as well.

It was through these books that I was first introduced to St. Elizabeth of Hungary. I only knew a small part of her story when I was little, that she was a queen and she loved to serve the poor by bringing them bread from the castle’s kitchen.

Others in the court were not happy with her love of the poor and kept trying to “catch” her taking food to the poor. During one of these events, when they caught up to her and opened her cloak that held the bread, all the bread had miraculously turned into roses.

What little girl doesn’t love to hear about roses?

It was not until I was in college that I learned even more about her. I am definitely a book nerd and loved to explore the college library collection. I discovered all the old Catholic books one year and decided to see if they had a book about St. Elizabeth of Hungary. They did and, of course, I had to check it out. I’m so glad I did because I learned so much more about her and fell even more in love, knowing I had made the perfect choice years prior in choosing her to be my patron saint.

St. Elizabeth not only loved to feed the poor, but she cared for them in so many ways.

Much to the annoyance of her husband’s family who felt she was not fit to be queen because of this. Despite their disapproval, St. Elizabeth knew her calling to serve the poor and continued to do it. One instance that stands out the most to me was when caring for a leper. Not only did she care for his wounds and his hunger, but she had him brought into her own bed to rest.

This act of mercy happened while her husband was out, but once he returned the court, with the intention of upsetting him, told him what Elizabeth. Well, he stormed into their bed chamber and was about to pull the man out of their bed, but the moment he pulled back the sheets, the man took on the appearance of the crucified Christ. At that moment, he had his own conversion.

After her passing, there were numerous other healings, including that of a child blind from birth, who was miraculously healed when his mother brought him to the church which housed her remains. If you have never read documentation of miracles or healings for a person’s petition for canonization, you should. When his eyes were opened his eyes were described as being like “tadpoles swimming around.” What a description, huh?

Through St. Elizabeth of Hungary’s example, I have embraced my own love of serving others and she reminds me that, no matter my position in life, I will always have that call and should carry it out every day in the service of God and his people.

St. Elizabeth of Hungary, pray for us. 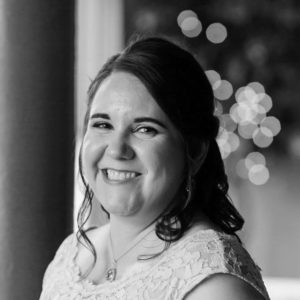 Diane lives in Arkansas and enjoys being out in God’s creation, whether it be gardening, running or just casually taking in the outdoors. She also loves serving others by leading the Catholic Young Professionals Service Organization.