St. Clare of Assisi: Another Francis 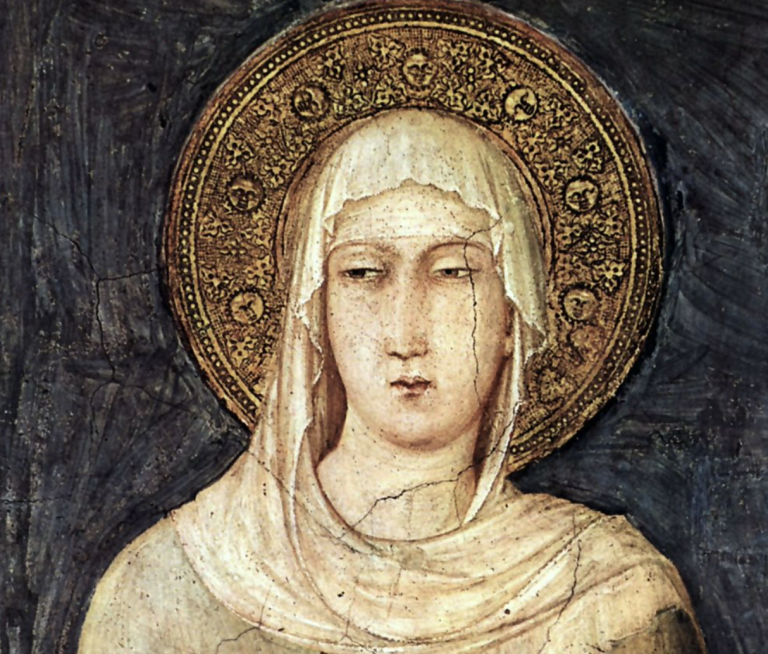 Saint Clare of Assisi was born on July 16, 1194 into a noble and wealthy family.

As many stories of heroic saints go, Clare refused to marry at age fifteen and dedicated herself to prayer and devotion to our Lord.

At age 18, she was inspired by the preaching of Saint Francis and resolved to flee to a life of austerity. On Palm Sunday in 1212, Clare escaped her family’s home and went to the chapel of the Porziuncula to meet with Francis. Clare’s hair was cut off and she received a simple robe and veil in exchange for her gown. Clare’s father eventually found her and attempted to force her back into his home, but she refused professing that she would have no other husband than Jesus Christ.

Clare’s sister Catarina, who took the name Agnes, joined her at the monastery.

Over time, the community grew and they became known as the “Poor Ladies of San Damiano” with Clare as their Abbess. The order is now known as the “Order of Saint Clare” or the “Poor Clares.” They were given a rule by Saint Francis, wore no shoes, ate no meat, and lived mostly in silence as they continued their life of prayer and manual labor.

Popes and prelates would attempt to change the rule followed by Clare and her sisters, but she loved and defended their life of extreme aestheticism.

Clare was a devoted spiritual sister to Francis and was often referred to as “alter Franciscus,” or “another Francis.” She encouraged Francis and cared for him as he grew old. Saint Clare is often depicted holding a monstrance because in an attempt to protect her sisters from an oncoming army, Clare placed Blessed Sacrament at the monastery wall where Christ could be seen by the approaching enemy. She begged God to save the Sisters and in that moment, the army fled.

In Clare’s final years, she was very ill, but expressed that no pain could trouble her.

“They say that we are too poor, but can a heart which possesses the infinite God be truly called poor?”

Clare died on August 11, 1253 and her canonization process began immediately. Two short years later, she was named Saint Clare of Assisi. Her remains are venerated in the crypt of the Basilica of Saint Clare in Assisi, Italy.

Saint Clare is the patron saint of television because when she was very ill, she could not attend mass and was able to see and hear it on the wall in her cell. She is also the patroness of eye disease, goldsmiths, and laundry.

Saint Clare of Assisi, pray for us!