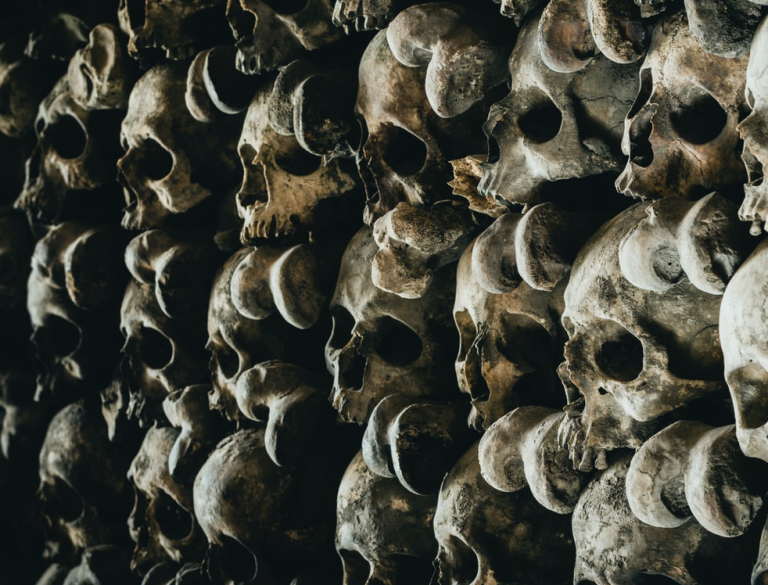 They say beauty is in the eye of the beholder. I guess you could say the same thing about creepy.

Whether you find it beautiful, creepy, or maybe a bit of both, the Sedlec Ossuary, also known as the “Bone Church” would be a fascinating place to visit.

Situated about an hour train ride outside of Prague in the Czech Republic, the small Catholic chapel is one of the top most visited sites in the country, boasting between 200,000 and 400,000 visitors a year (excluding covidic times). The chapel is located beneath the Cemetery Church of All Saints, which is part of the former Sedlec Abbey.

In this chapel, you will find the bones of 40,000 to 70,000 humans. They line the walls, are arranged into piles, are carved into works of art, and used in decorations all over the chapel. The most famous feature is the 8-foot chandelier, which is said to contain every bone in the human body. It is the work of Frantisek Rint, a Czech woodcarver.

So where did all those bones come from?

Well, Henry, the abbot of the Cistercian monastery, intentionally or not, made the cemetery the place to be (buried) when he, after returning from running an errand for the King to the Holy Land, sprinkled some dirt from Golgotha over the cemetery.

Maybe the kids now chant “In 1278, Henry made the cemetery great”.

Fast forward to the mid 14th century and enter the Black Death. Between this tragic time and the Hussite Wars in the first part of the 15th century, there were so many bodies to bury that the cemetery was rapidly expanding.

Somewhere in that timeframe the Gothic church was constructed in the middle of the cemetery. Below the church the chapel was built to be used as an ossuary for all the graves unearthed during construction and while making room for new burials.

The exhumation of the skeletons and the arranging of their bones in the chapel was a task delegated to a mostly-blind monk. It is said that upon his completion of the arrangement of the bones his sight was restored.

This chapel, while kind of creepy-cool, was constructed and decorated to be a memento mori, a symbolic reminder of inevitability of death, intended to encourage believers to focus on their relationship with God.