Plenty of Questions about Plenary Indulgences: A Priest’s Answers 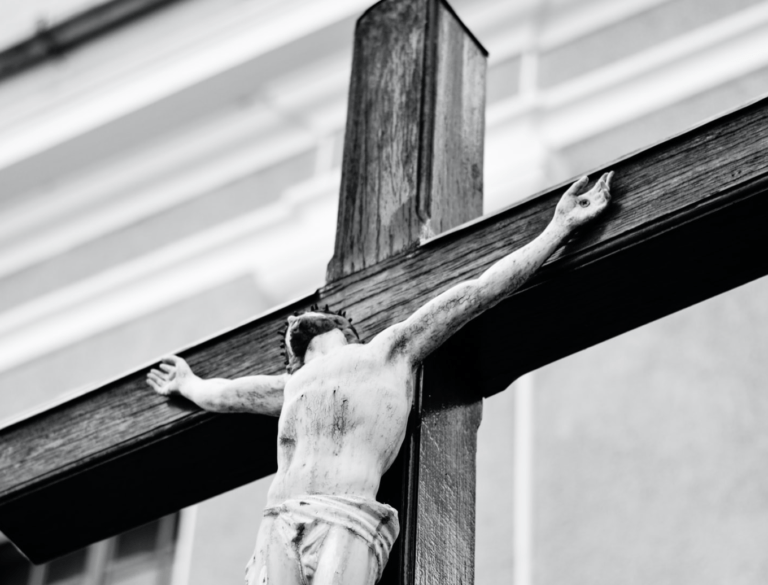 Today’s Guest Contributor is Father Andrew Hart, priest and friend of Bellator Society.  He answers some questions for us about the special new Plenary Indulgence granted by the Holy See this week in response to the Covid-19 health crisis.

Question:  What is an indulgence?

Father:  An indulgence is the remission of the temporal punishment for sins whose guilt is already forgiven.

The Catholic Church teaches that every sin produces two effects in our souls.

First, we incur the guilt of sin, which in the case of grave or mortal sin destroys supernatural charity within us and deprives us of communion with God, or eternal life with him. Second, we incur temporal punishment, a spiritual debt to God.

The Catechism describes this as “an unhealthy attachment to creatures” (CCC 1472), a result of our having chosen something earthly over Him. In the Sacrament of Penance, the guilt of eternal punishment is forgiven by the individual’s confession and contrition and by the absolution of the priest. Supernatural grace is restored, and the possibility of eternal life returns. But even then, the temporal punishment remains. If that debt is not atoned for in this life, then it will have to be made up in purgatory.

Perhaps an analogy to everyday life is helpful here.

If you lend me your car so I can go to work, but I go joy-riding instead and bust up the fender, then I need to do two things as a result. I have to ask first for your forgiveness. But even after you forgive me, I still need to make up for the damage to your car that I have caused. In a somewhat analogous way, we could say that the temporal punishment is what we still have to make up in our relationship to God for the sins for which he’s forgiven us. An indulgence is a special spiritual favor from the Church that helps us atone for that in this life rather than after death.

Some might question how the Church can do this.

As Catholics, we believe that what each of us does affects the rest of the Body of Christ. We often think of this in negative terms – that is, that our sins can spiritually damage others. But it is true also positively speaking as well; the good we do can spiritually benefit others. When we obtain an indulgence, theologically we could say that what is happening is the Church, our Mother, is drawing upon and granting to a particular son or daughter a gift from her spiritual treasury. The “Treasury of the Church” is that infinite wealth of spiritual merit that the “whole Christ” offers to God – the glorious, salvific merits of Jesus the Head most especially, but also the merits of his Body, the communion of saints.

Question:  What kinds of indulgences are there?

Father:  Indulgences come in two basic types. A partial indulgence, as its name implies, removes some but not all of the temporal punishment we owe to God.

Indulgences are also sometimes distinguished by their “general grant,” that is, by the kind of act to which the spiritual favor is attached. There are indulgences related to particular prayers, to works of charity, to voluntary penitential practices, and to the public witness of the faith.

Finally, indulgences can be obtained for oneself but also for those who have died, so they can be distinguished in that way.

Question:  What are the differences between the indulgences?

Father:  To obtain either a partial or plenary indulgence, a person must be baptized, in the state of grace (at least at the end of the spiritual work to be done) and not excommunicated, and must have the general intention to actually obtain the indulgence itself. The major distinguishing characteristic of a plenary indulgence is that, in addition to performing the prescribed act, the person must 1) receive Eucharistic communion, 2) make or have made a sacramental confession within a week or two, and 3) pray for the intentions of the pope, usually done by one Our Father and one Hail Mary. Finally, the individual must be free from all attachments to sin, even venial sin.

Question:  What are the historical objections/abuses associate with indulgences?

Father:  Like many things in the Church’s history, abuses of indulgences have certainly been committed.

Sometimes, indulgences were confused with the forgiveness of sin itself, or as a permission to commit sin, or even as a pardon of future sins.

And there has always been a somewhat tricky debate over whether an indulgence could be obtained, for oneself or for a person who has died, by the giving of money or other material goods. In fact, a major cause of the Reformation was a dispute about indulgences, not only their theological explanation but even more so about the practical details of how they could be obtained, what purposes the money was used for, etc.

Question:  What is different today?

Father:  Catholics and Protestants still today have differences of opinion about the theological grounds for indulgences.

For that reason, there is still some disagreement about what happened in the Reformation era itself and whether everything related to indulgences was an abuse, or only certain practices.

For that reason, they cannot be obtained by someone who has a motive other than wanting to obtain the indulgence, or who doesn’t have a contrite heart.

The Church also no longer assigns a specific length of time to indulgences, as it used to do, mostly because those lengths of time were widely misunderstood. In the old days a particular prayer or work of charity might have a value, for example of 100 days. Many people thought that meant you would spend 100 fewer days in purgatory, but that isn’t the case. Instead, it meant the prayer or charitable work was equivalent spiritually to doing 100 days of penance here on earth. Today, we don’t refer to an indulgence’s time value anymore, just to whether it is partial or plenary.

Question:  Is it like “buying your way to heaven”?

Father:  No, an indulgence is not a ticket to heaven.

Remember that, in Catholic teaching, it is the presence of sanctifying grace that is the standard needed for heaven.

That grace is given by baptism but is lost in mortal sin. A person who dies with unconfessed mortal sin would, outside of an act of perfect contrition, merits eternal separation from God. This would be the case even if they had obtained many plenary indulgences in their lifetime. In other words, it is the presence or absence of the sanctifying grace of baptism that makes the difference.

It is true, of course, that indulgences remove the temporal punishment for sins that have been confessed and forgiven. This is true for oneself but also can be applied for the soul of a deceased person. In that case, if the person is in the state of purgatory, then a plenary indulgence obtained for them would obtain for them the release from purgation and the entrance into heavenly glory.

Question:  What are the details regarding this particular indulgence?

These plenary indulgences are also remarkable in that, instead of the usual requirement of satisfying the three usual conditions (praying for the pope, receiving Holy Communion, and making a sacramental confession), it is necessary in these cases to merely have the intention to do those things as soon as possible.

Question:  Is there a timeframe given to avail oneself of this indulgence?

Father:  In general, a plenary indulgence can be obtained every day, and in the situation of someone in danger of death even more frequently than that if necessary. The most recent decree does not specify a time limit for the new plenary indulgences, so presumably they will last as long as the corona virus continues to make people sick.

Question:  What is “a full detachment from sin” and is that even possible?

Father:  A full detachment from sin is the interior disposition in which there is no sin that one is unwilling to renounce.

A person who is detached from all sin recognizes that even a minor venial sin is an offense against the goodness of God and thus is willing to give up even that as well. Such a detachment would be lacking if one has an attachment to one or more sins, e.g. perhaps a particular situation one is unwilling to change, or a particular disposition one is unwilling to amend. A detachment from sin doesn’t mean one must succeed in changing those things, since the future cannot be known, but that one is willing in that moment.

With that clarification, motivated by a love of God above all else, a full detachment from sin is certainly possible. 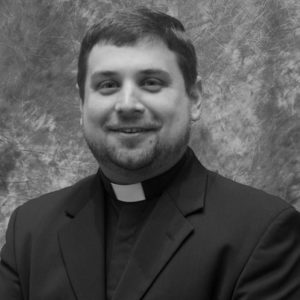 Fr. Andrew Hart is a priest of the Diocese of Little Rock. Born and raised in Arkansas, he attended seminary in Indiana and in Rome, and was ordained in 2012. He received a licentiate degree in canon law in 2018 from the Catholic University of America. Currently, he is the pastor of two parishes and serves as a judge on the diocesan tribunal. 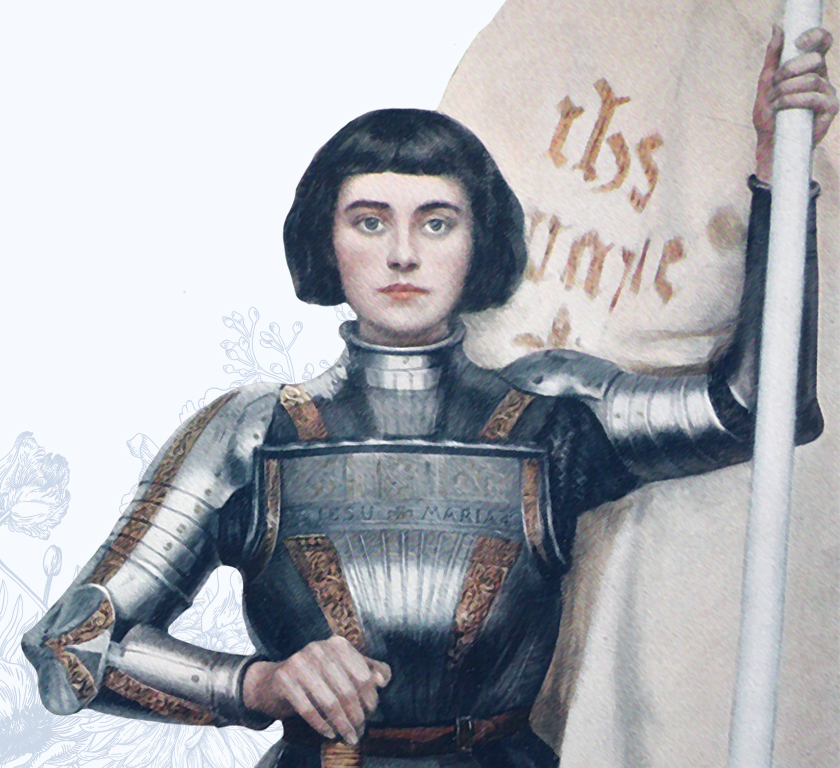 9 thoughts on “Plenty of Questions about Plenary Indulgences: A Priest’s Answers”