National Shrine of Our Lady of LaSalette 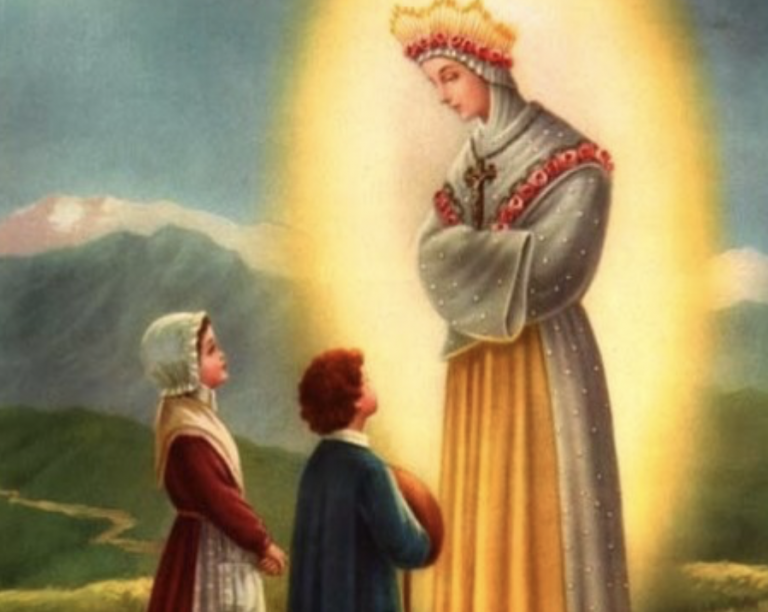 In 2014 I moved to Providence Rhode Island in the month of January. By February a snowfall had landed in my yard that lasted till Easter that year, which was in April. At that time, I finally got out some time to explore Rhode Island and the surrounding areas a bit. I had my heart set on visiting the Shrine of Divine Mercy, but my sites are still set there for another time I pray. I did realize that only 20 minutes away from our home there was another shrine tucked away in Attleboro, Massachusetts. The shrine is the 2nd built in honor of Our Lady of LaSalette, the original being snuggled in the mountains of the French Alps. (As a side note, there is another La Salette Shrine in Enfield, New Hampshire, as the missionaries were very active in the northwest as well as in Mexico and Portugal).

The U.S. National Shrine of Our Lady of LaSalette was just a quick drive away us, so that Christmas, after we heard of The Festival of lights and many beautiful sights to see there during this season, we took our family on a pilgrimage. When the Massachusetts shrine opened on December 8th, 1953, it was after the LaSalette missionaries came over 1892 and settled in Connecticut. The province of missionaries who bought the land and built the shrine are of the Province of Mary, Mother of the Americas.

The shrine itself is very simple, but built with a great message of reconciliation in mind.

Our Lady of LaSalette appeared on September 19th, 1846 to two shepherd children in a small town near the French Alps. When she appeared she was sitting, her elbows on her knees and her face in her hands weeping. She wept while she shared the message with the children in their own language. Her message began with a plea to share the message of repentance with all people and letting them know of her great prayers and sacrifices she has endured on our behalf.

She said, “How long have I suffered for you! If my Son is not to abandon you, I am obliged to entreat him without ceasing. But you take no heed of that. No matter how well you pray in the future, no matter how well you act, you will never be able to make up what I have endured on your behalf.”

She spoke to them about some of the ten commandments, telling them of the way people use her Son’s name in vain, how many work more than 6 days a week, not honoring the sabbath, and only go to Mass when it is convenient. She told them how many “run to the butcher’s shop like dogs during Lent” and do not honor the season of repentance. She told them a great famine would come if her people did not convert. The famine would affect their most precious crop, potatoes. The message was followed by a famine in Europe that winter, especially in France and Ireland.

The famine got the attention of the people and they began to reconcile themselves to the Lord.

The message began to spread by word and written documents. After five years of investigation, the Bishop of Grenoble said the apparition was likely true and authorized the following and honoring of Our Lady of LaSalette in 1851. One year later, the Missionaries of Our Lady of Lalette were formed and have since served in over 25 countries.

This place in small town Attleboro, MA, which brings pilgrims all year round, is a space that holds retreats, conferences, prayer groups and faith formation opportunities for individuals and families, along with feeding over 100 people per week there at their very own soup kitchen. It is a space filled with the message of Our Lady, one of repentance and hope.

During the Advent and Christmas season, it has an abundant display of lights, including a walking rosary of lights, and a live Nativity scene that is glorious! I would highly recommend a pilgrimage there in this season. It also has an impressive gift shop for your Christmas purchases!

St. John Paul II said: “As I wrote on the occasion of the 150th anniversary, ‘La Salette is a message of hope, for our hope is nourished by the intercession of her who is the Mother of mankind.”