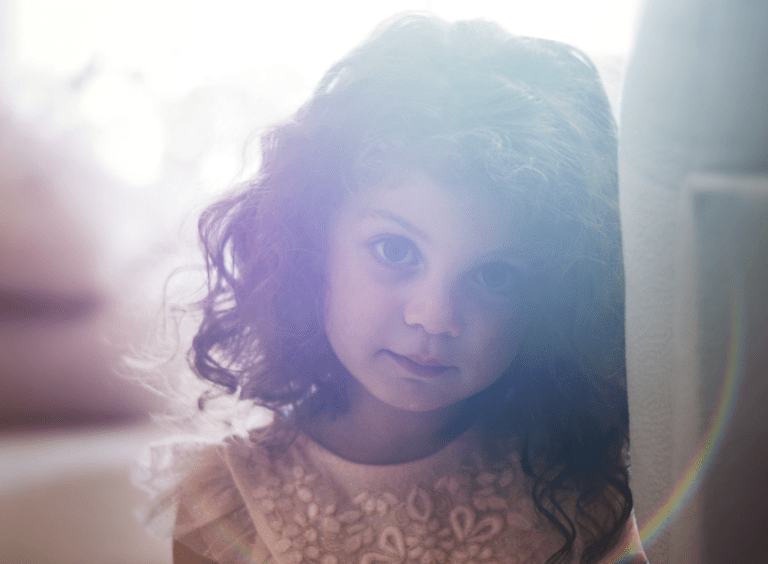 She would lay on the floor helpless nearly every morning.

We all knew she could get dressed on her own, she had been doing it for years. Yet, every school morning she wrapped herself up in a blanket, laid on the floor, and refused to put on her clothes. I asked nicely, and I prompted politely. I gave her complimentary pep talks and I waited patiently. I also did the exact opposite. It was a behavior I did not understand, at a time in our already hectic morning routine that made it increasingly disruptive to our family.

Something had to change.

“Dress her,” my husband advised as we discussed how to mediate the behavior in the midst of the many things I juggle to get three of our five kids off to school each morning.

“But isn’t that enabling her!” I insisted on continuing to try to break what seemed like bad behavior.

Then, as if his words were lightening through the sky, he completely and totally changed my perspective, “No, it isn’t enabling. Remember, her love language is Acts of Service. That’s all this is. She’s feeling something she can’t say, and she needs to be loved in a way she understands.”

The thing is, I had often considered love languages as part of my parenting.

But when the pressures of school mornings came at me full force, I reverted back to loving her like I like to be loved, not because I wasn’t aware of what her love language is, but because I simply couldn’t see it through the blinders of my stress. She, though usually satisfied with many other acts of service, undoubtedly also felt the pressure that those early school mornings bring, and consequently, needed to be love in the way that spoke most effectively to the language she could most easily understand.

Our own reversion into ourselves created the perfect storm of stress for each other. Thankfully, my husband saw clearly what was lost in translation. So I began to speak her language, even though it felt a bit foreign.

For the next few days, I put down my expectation for how children capable of dressing themselves ought to act in the morning, and helped dress my young daughter with focused attention on her and with a keen awareness of each and every bump in her sock, tag that might itch, tricky zipper, and pesky button. Without ever saying a word, our school mornings, though still imperfect, transformed into a much more peaceful process, even if they did take a bit longer. And slowly, as she felt more effectively loved, my daughter began more effectively expressing in words what laid underneath her insistence on laying on the floor.

Eventually, she even put on her own clothes, happily.

The beauty of the love languages is they help translate human behavior into something that we are better able to understand. In children, bad behavior very well might be the frustrated expression of an underdeveloped dialect, a tantrum the only way they know how to say, “i’m scared, nervous, too tired, or I’m worried I might spend so much of my day missing home.”

Remembering love languages, particularly in times of stress, empowers us to speak through and even beyond our fears so as to more effectively communicate love.

And if your morning are like mine, you are probably willing to try just about anything to help them run more smoothly.