Love is all You need! 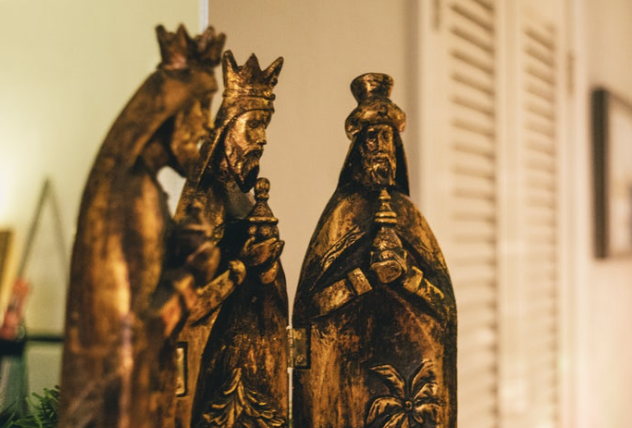 As I was preparing dinner, the youngest of my six children climbed upon my kitchen counter and excitedly told me about his day at school. It was early December and his class had begun practicing for the annual First grade Christmas Nativity play that was to be performed during the homily at the Mass on Christmas Eve.

My son told me all the different songs they would be singing as well as which students were chosen to play the parts of Joseph, Mary, the shepherds, angels, sheep, donkeys, Wisemen, stars, and readers. His excitement couldn’t be contained as told me that he was chosen to be…. a “star!” Sharing in his joy, I wrapped my arms around him in a “mom hug” complete with kisses on each cheek!

After a few minutes, the excitement left his face and his look became very pensive. With a furrowed brow and in his very serious six year old voice, he asked me: “Why are the three kings called Wisemen?” He continued, “They’re not very smart at all and should not be called Wisemen.” With a puzzled look on my face, I asked him why he didn’t think the Wise Men were smart?

I thought to myself that this would be a great opportunity to teach and explain to him the significance of the gifts the Wise Men brought: gold for glory and God’s kingship on earth; Frankincense for perfumed sweetness representing priestly deity; and Myrrh for anointing and preparing for death. I was excited about my “teaching moment,” however I decided to ask him what he thought Jesus wanted. He looked at me as if I should’ve known the answer and simply said one word, “Love.”

Staring at me with his blue green eyes, he smiled and said, “Jesus wants love… That’s all He wants…..Love.” Needless to say, my son was obviously the teacher that day. It is so true, so simple, so beautiful….Jesus wants our love. He wants us to love Him with a childlike innocence and this is the most precious gift we can give Him.

3 thoughts on “Love is all You need!”