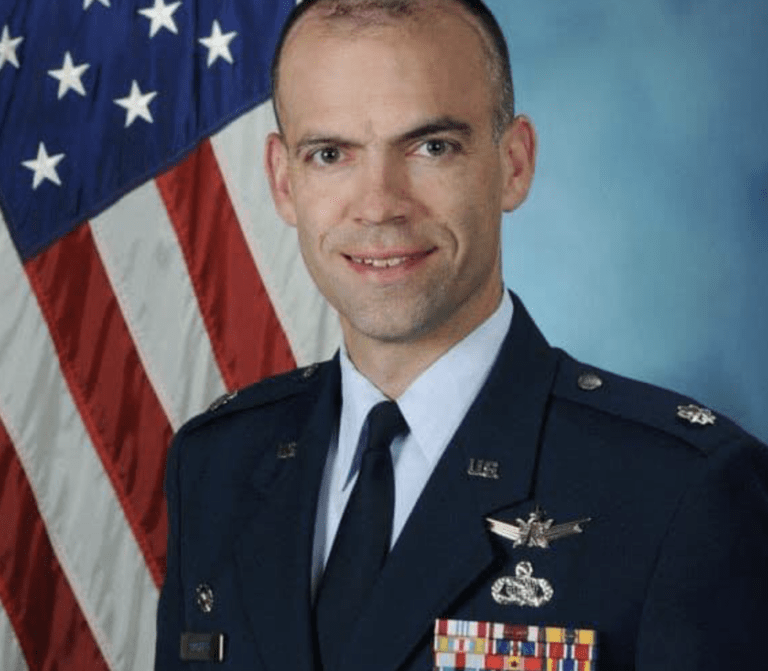 Memorial Day weekend- the harbinger of summer. It wasn’t until after I received my commission in the United States Air Force upon completing my bachelors degree and military training in the Reserve Officer Training Corps (ROTC) that I began to grasp the intent of the holiday.

Veteran’s Day is meant to honor those who have served in the military, but Memorial Day is reserved for those who made the ultimate sacrifice for their country- an All Soul’s Day for warriors.

This Memorial Day, my mind is drawn toward a fellow ROTC graduate of Detachment 695 of the University of Portland, Col (R) Michael Moyles, who battled brain cancer for over 10 years while serving his country faithfully, being a devoted husband and father, and demonstrating a powerful, unwavering faith in God. Mike’s life was not lost in conventional warfare, but his multiple battles with recurring brain tumors while donning the uniform for a full military career most assuredly make him a warrior worth memorializing.

In 2008, a few weeks after his third brain surgery, Mike went through 42 days of combined chemotherapy and radiation in a row. He would have treatments early each morning, go for a run, and then report for duty at the Pentagon. His dedication to the Air Force, to the Oath of Office he took when he was commissioned, would not be undermined by the enemy, cancer.

There absolutely could not be a better example of the Air Force’s Core Value of “Service before self”.

In a presentation on perseverance through suffering, Mike gives an impassioned talk that reflects a great deal on St. Paul. First, he tells his audience he’s absolutely convinced that St. Paul was a distance runner, and after several Biblical references, I can’t disagree. (Of course, a love of running is something else Mike and I share, so perhaps I’m predisposed to agree on this point!) He goes on to tell the story of experiencing such severe leg cramps during the Seattle Marathon, which he ran after his third brain surgery, that he sat down at mile 9, unable to continue.

As he sat and waited for the bus to pick him up, his mind was drawn to St. Paul laying bloody and bruised in the dirt outside Lystra after being stoned for preaching the Gospel. He reflected on the fact that Paul did not walk away from the city, but instead got up and returned…to the city…where he had just been stoned! He returned and he resumed preaching. Mike, too, got up…and returned to the race, walking the last 17 miles across the finish line, despite the agonizing pain.

He won the battle against his enemy that day, as he had many days before and would do on many more days to follow.

In October of 2016, after 8 years of remission, Mike’s brain cancer returned with a vengeance, at stage 4, giving him a prognosis of 9 months. While undergoing an understandable bout of despair, Mike turned to a book on Chaplain Robert Preston Taylor, an Air Force chaplain renowned for surviving 3 years in a Japanese prison camp, where he held the record for longest time in solitary confinement in hot box, a 4’x4’ bamboo cell. After his first 4 months, a second prisoner was added to his box. Nicknamed Benny by the chaplain, Taylor praised God because now he had someone with whom he could share the Gospel! After 3 more months in the box with Benny, his fellow prisoner converted. Like St. Paul, Chaplain Taylor not only endured suffering to spread the Gospel, but embraced it because through it, they were brought closer to Christ.

As part of the human condition, we all experience some level of suffering.

It was God that got him through.

In the above mentioned talk, he quotes 2 Corinthians 1:9, “Indeed, in our hearts we felt the sentence of death. But this happened that we might not rely on ourselves but on God, who raises the dead…”  Without hesitation, Mike reminds us that we suffer because Christ suffered. We suffer so that we, too, can learn to be more like Christ and recognize that our strength to fight our enemies is not our own, but from God. When my own sufferings are placed before me, I will follow your example- Christ’s example.

As I reflect on Mike this Memorial Day, I like to picture him “in the wild blue yonder” with the patron saint of the Armed Forces (who shares his name), raising a toast “to those who love the vastness of the sky”. Thank you for your service to God and country alike.

3 thoughts on “In Memoriam: Michael Moyles”