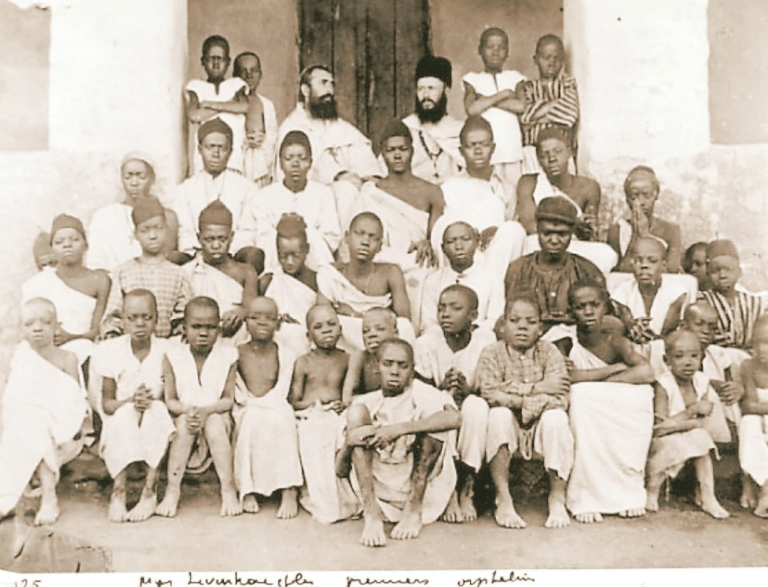 Today is the feast day of St. Charles Lwanga and Companions.  Ever since I first heard the compelling, yet shocking, story of their martyrdom I have been left with a feeling of unease about how I should respond to their story.

What would it take for me to behave that way?  To have that kind of courage?

In the late 1800’s, Christian missionaries were spreading the good news of Christ throughout Africa.  In Uganda, a group of Catholic priests known as the White Fathers had converted many to Christ, including some within the royal court of the king, Mwanga.  One of these converts, Joseph Mkasa, was in charge of the young men who served as pages in the royal court.  He in turn catechized these young men and taught them how to pray.  Joseph encouraged the young men to be chaste and to resist the sexual advances of the king and then later rebuked the king after he massacred a group of Anglican missionaries.

One of the young pages, Charles Lwanga, then took his place as a leader for the young men, baptizing them and continuing to teach them.  King Mwanga eventually gathered all of the young men, in their early teens to mid-twenties, and had them executed because of their Christian faith.  Some of the men were beaten to death but most were burned alive and it was said that they sang and prayed enthusiastically at their deaths.

It’s hard to come up with a scenario in which I would be forced to grapple with choosing martyrdom for Christ.

Sure, there may be times that I’m ridiculed, or I suffer insults for my faith, but in all likelihood, I will never have to lay down my life at the foot of the cross like St. Charles and his companions.  Sometimes when I ponder the lives of the saints or read the gripping stories of the martyrs, I find myself wondering if I have the capacity for such obedience to God’s will.

So, what do I take from such stories, if in fact I’ll likely never be subjected to such cruelty and martyrdom?  Can I learn anything from them that I can take with me in my daily life?

One aspect of their story that whispers to my heart is the deep sense of serenity they showed in accepting their gruesome fate.  They were raised in and surround by a culture that rejected the truth of God’s love, but when they heard that truth their hearts softened and they were changed.  Even given a choice to renounce their newfound beliefs, they instead conformed their will out of love for the Lord.

I’m also impressed by Charles taking on the mantel of his teacher, Joseph.  Having just seen his friend and mentor beheaded, he himself redoubles his faith and leadership.  He knew these other young men needed guidance and protection.

He instinctively thought less of himself, pouring himself out for his friends.

There is real everyday martyrdom in such selfless forgetfulness of our own comforts in the love of neighbor.  I think these were some of the qualities that predisposed the martyrs to be open to ultimate obedience to God’s will when the time came for them to choose between what was easy and what was hard.  Perhaps, if I can cultivate these same qualities in my daily life, I could respond in love no matter what life throws my direction.

Christian writers over the centuries have written about this very topic.

About how we can embrace a “white” martyrdom in our daily lives even if we are not called to a bloody “red” martyrdom at our deaths.  I can put aside my wants in favor of the needs of those around me.  I can let go of hurt and my desire for justice and forgive the one who wronged me. I can willing accept with serenity those trials and frustrations that spring up each day and commit myself to the will of God in all things.

Maybe then, after daily dying to self, at the end of my life, I too could have a heart that is prepared and predisposed to ultimate obedience of God.

St Charles Lwanga and Companions, Pray for us! 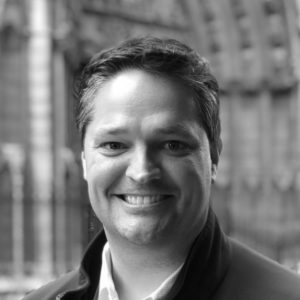 Matt is husband to his muse, father to a bunch of boys, physician to kids, and convert to the Catholic Church. He loves fantasy literature, video games, and fixing stuff from broken bones to broken household items—did he mention he has a bunch of boys?

1 thought on “Grappling with Martyrdom”