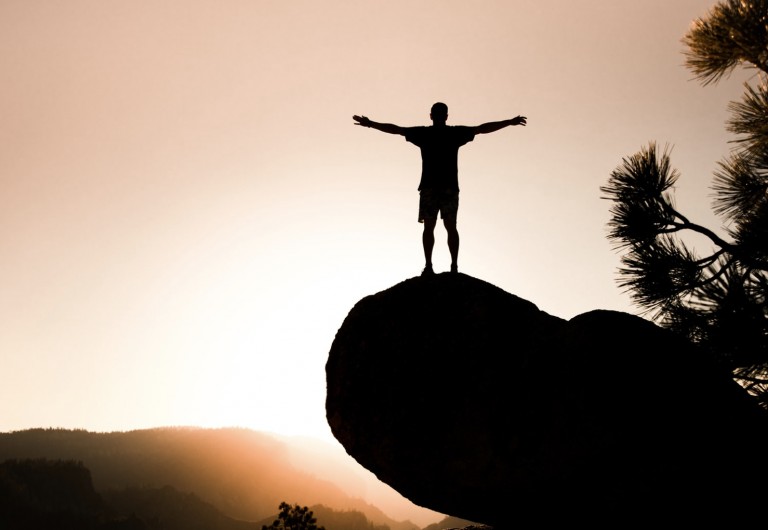 Several years ago I encountered a Christian music artist that I have really enjoyed named Jimmy Needham. He had quite a few songs that I enjoyed, but I found that his song “For Freedom,” really drew me in. The title and theme are based on Galatians 5:1,

“For freedom Christ set us free.”

St. Paul often has a curious relationship with grammar, and this sentence at first struck me as one of those moments. However, with a bit of contemplation, I soon understood his meaning.

Freedom is not a means to an end in God’s eyes. Freedom is the end.

I taught at a Benedictine high school for four years. One of the priests of the monastery taught a morality class to juniors. We were chatting about his class one day, and he said something about freedom that I will always remember. He said, “Doing whatever you want is not freedom, it is license.” Freedom does not mean doing whatever we want. Freedom means that we are free to act as ought, which will lead us to God.

Adam and Eve were created in total freedom to walk with God and live in harmony with him. God’s restriction to them to not eat of the tree in the middle of the garden was not a limit to their freedom. That directive from God was a warning to them that they (and we) are capable of making choices that restrict our freedom. Of course, we know how the rest of the story goes: eating fruit, flaming sword, 400 years in Egypt, 40 years wandering the desert, Roman occupation, etc., etc.

And then, Christ, who for freedom set us free.

His passion, death, resurrection, and ascension set us free not as a means to any other thing, but for freedom’s own sake. He restored us to the days of Adam and Eve so that a full and unencumbered relationship with God was possible once again. And we all lived happily ever after! Well, no, just like Adam and Eve, we humans have a hard time not eating from that tree. We sin and we once again restrict our own freedom.

How do we remain in freedom? The best example I have found is in St. Francis of Assisi. Fr. Michael Scanlan, TOR, long-time president of Franciscan University of Steubenville, chose to become a Franciscan friar because of what he saw in the life of Francis. In his book, Let the Fire Fall, Fr. Mike has this to say about Francis:

“If you took away his lodging, he found perfect joy in the cold and snow. If you abused him and told him he was no good, he agreed with you. If you took away his life, he became a martyr. The world could not force him to compromise. By renouncing possessions and comforts and weapons and laws, Francis and his followers became free, utterly and completely free. The world had no hold on them. They were completely open to whatever the Lord wanted them to do.”

I absolutely love this aspect of Francis. If you can take away my bed and I don’t care, there is no way you can convince me to eat the fruit of the forbidden tree. This is the freedom of a martyr.

It is the idea that there is nothing that anyone can do to me to take away my freedom and get in the way of that free and unencumbered relationship with God we were created to have. Saints like Francis and the martyrs knew freedom so well that they were invincible. Of course, they could only know freedom so deeply because they knew Jesus so deeply. They learned to embrace the Cross. When we freely choose the Cross, no one can scare us, no one can harm us, no one can hold us back. It is for freedom that the Cross set us free.