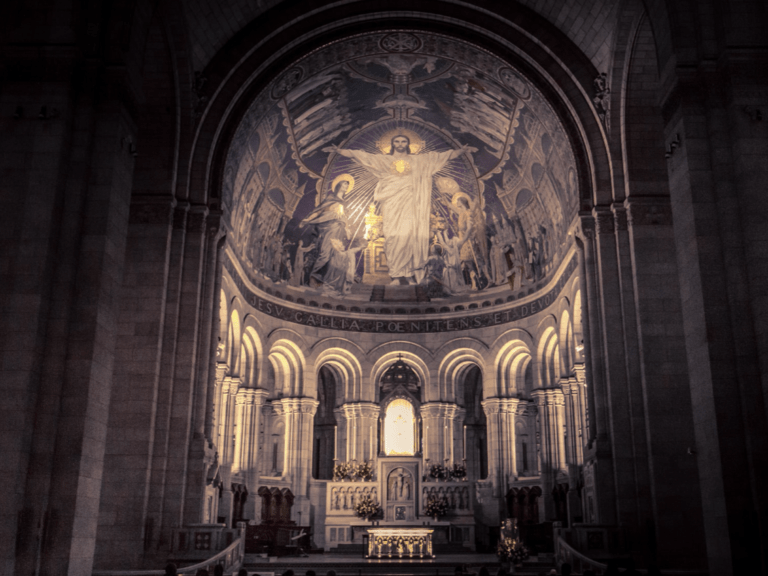 In their solemn Paschal hymn, Eight Days a Week, the British liturgists The Beatles reflect on the Christian practice of celebrating our highest feast day in the context of an Octave, that is 8 days.

The origin of the Beatles tune is apocryphal at best.  One account has a member of the band asking a driver how he was doing and the driver responding: “working 8 days a week.”  The meaning was, of course, more than usual.  More than enough.  Just more.

Neither the Beatles nor the prodigal driver certainly meant to tip a hat toward our celebration of the Paschal Mystery, yet the words are fitting in a way.

Biblically speaking, there is a certain appreciation for numbers.  It’s not some secret magic or other hyper-mystical implication.  It is just that numbers are often symbolic and important for expressing a sense of things in the Judeo-Christian tradition.  Seven, for instance, is the number of completion.  It is associated with perfection and wholeness.

And, as any proficient kindergartener will calculate, the number Eight is one more than Seven.

Eight is more than the whole.  It’s beyond the perfect.  It is just more.

There is plenty of Scriptural significance for this number, too.

The number eight is often associated with an extraordinary movement of God outside of his created order.  It is beyond the natural.  It is indicative of the Lord’s super-abundance, provision, and covenant.

In the Catholic Church, we celebrate Easter as an Octave—”an eight-day day”, simply put.  Beginning with Easter Sunday through the following Sunday, we observe one continuous “day” of celebration.  It is more than a week.  It is more than the natural ordering of our days.  It is a super-dedicated festival of thanks and praise to our Risen Savior King.

It is more.  And still. . .it may never be enough to show we care about the biggest event in human history.