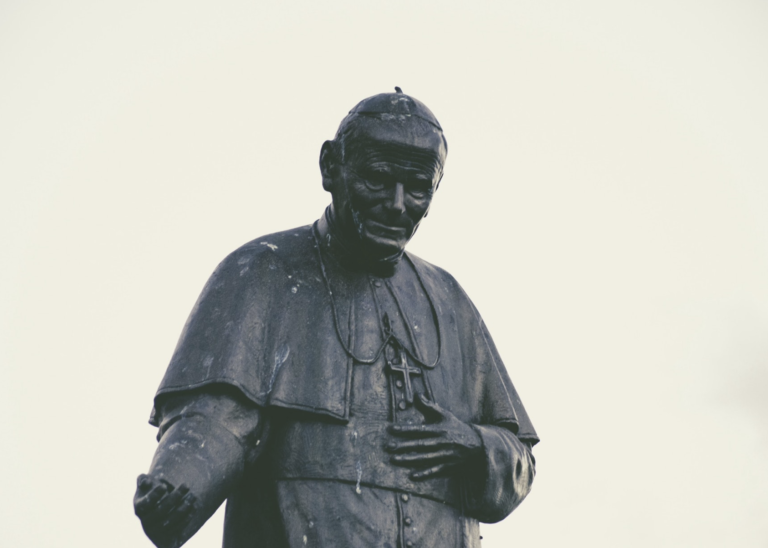 It was April 2nd, 2005 when my interest in the Catholic Faith began.

I was 22 years old, a life-long Protestant with a love for Biblical theology and Jesus Christ. My husband and I were in our apartment at college, studying for tests while watching the evening news. As I searched through various news stations, the same thing kept popping up:

Images of key moments in his papacy, as well as Catholic liturgy, bells, incense, vestments and sacramentals flooded the screen.  Catholics were lining the streets saying prayers and clutching their rosary beads. Something called a “conclave” was supposedly going to begin soon to elect a new pope, according to the news reporters. There was a ton of…..religion going on. I found myself fascinated by this, as the importance of religious practice is not emphasized in most Protestant faith groups.

Little did I know that the death of a pope would mark the beginning of a journey towards full membership in this 2000 year old institution founded by Christ Himself.

I often think about the Jewish disciples living on that first Easter Sunday, when Jesus proved He has complete power over death. What was going through their minds? Would they continue following Jesus even with the threat of persecution looming ahead of them? In the midst of all the confusion did they ever wish things could just go back to the way they were before they had even heard of Jesus?  I imagine they felt uneasy to say the least, but one thing is certain: Jesus was no longer in the tomb and this information could not be ignored.

This knowledge demanded a response. They had a decision to make.

“Habemus Papam!” People were cheering and holding up crucifixes as the announcement was made that a new pope had been elected – Pope Benedict the XVI. This was clearly a big deal to a lot of people I noted, and it left me wanting to learn more about this Catholic Church which felt so foreign to me.

It’s interesting to add that it took several years before I decided to read more about JPII’s life – it was his death that had grabbed me!

It has since been a beautiful example for me of how Christ is truly the victor over death – not only could he save us from it, but he could use the death of one holy man to change the course of so many people’s lives….including mine.

There was so much I didn’t know about Catholicism. It claims that Jesus only founded one Church, led by the Apostles and their successors, and that the Pope is the successor of Saint Peter, the Rock upon which Jesus founded this Church, as stated in the Scriptures.

It claims that Jesus left us His body for food and His blood for drink, and that this gift of Himself was only to be found in His Church.

These claims which were being discussed by various clergy and Catholic theologians on the news during the 2005 conclave were either preposterous or true, and I knew I had some studying to do.

What I had seen could not be unseen, and this knowledge demanded a response.

Easter is such a joyful season. For me, in addition to celebrating Christ’s Resurrection, it is a time to reflect on my journey towards the Catholic Church that led to my family’s conversion at Easter Vigil Mass, 2010. In my home I have a framed picture of John Paul II, and I often pass by it and smile, thinking of the interesting connection I have with this Saint, and imagine him smiling back at me.

I believe that when people offer up their lives in service to God, just as Christ did on the cross, He makes sure that absolutely none of that sacrifice goes to waste – even in death. For this reason, in times of loss we can rest in the assurance of Christ’s promise of Life for those who seek Him.

The death of John Paul II and the conversion of souls that resulted is one such as example. We have every reason to rejoice! To quote JPII, “We are the Easter people, and Hallelujah is our song.”

With Pentecost Sunday, today, we celebrate the end of the liturgical Easter season, but we do not end our life of faith rooted in the truth of the Resurrection–which always demands our response.  We are, indeed, an Easter people!  Alleluia! 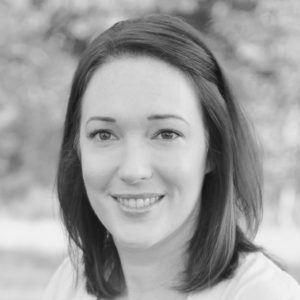 Lauren is a wife and mother of six children, convert to the Catholic faith, registered nurse, lover of sunsets, avid movie-watcher, occasional gardener, and enjoys reading and conversing about theology, philosophy, psychology, and logic.